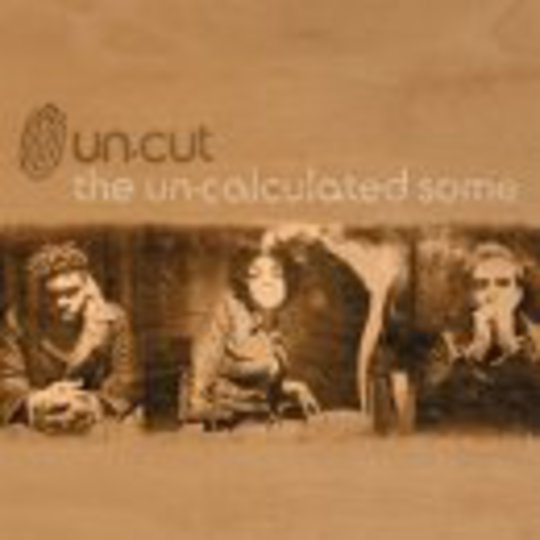 The debut album from this Mancunian three piece twists and turns around various ‘urban’ and typically ‘black’ genres of music, from up-tempo drum ‘n’ bass to laidback soul, giving us an album full of variety and surprises.

Jenna G is an extremely talented young woman; not only does her powerful voice add an edge to Un-Cut’s sound arrangements, she has also starred in numerous Brit films. But here we are concentrating on her voice.

Their debut single, ‘Midnight’, is the song for trendy 20-somethings to play at a summer BBQ - laid back chilled drum ‘n’ bass, something to lie back and soak up the sun to or drunkenly grab the nearest person to dance. On the other hand, ‘Things You Do’ is more pop, and the track that is most likely to be heard on ’As If’.

But it’s not all drum ‘n’ bass: ‘Skin II Skin’ is a funky R‘n’B tune; ‘Hold me baby, touch this lady’ is just right for getting down to in a club; recent single ‘Falling’ about, you guessed it, falling in love. ‘No Way’ is reminiscent of The Fugees - funky soul and R‘n’B mixed together.

Starting with violins and an acoustic guitar, ‘Lost in Music’ is a simplistic song, as is ‘Loveless’, but the simplicity of these songs really make the most of Jenna’s amazing vocals; songs that lets her vocal talents truly stand out. They could quite easily be songs by a female American singer/songwriters like Norah Jones but there is an edge there, a hint of reality, hurt and passion with a healthy dose of vocal acrobats thrown in.

‘Music is M’ is bursting full of jazz; saxophone, bass and spoken word, you have to hear it to believe it. Chilled trip hop is the sound of ‘Obsession (Part II)’ with swelling violins and cellos behind a chilled out beat.

Most drum ‘n’ bass acts are known for long drawn out instrumentals but the only instrumental on ‘The Un-Calculated Sum’ is ‘Off Key’, which is full of dark and dirty beats, backed by James Bond style violins, pianos and cellos, then turning funky before slowing down and stopping with a healthy dose of bass.

The highlight of this album is the last track. Un-Cut really have left the best til last. ‘Senseless’ reaches back to the Motown artists of the ‘50s and ‘60s. It’s a song about love falling apart and I can’t help wonder if this song is from personal experience because Jenna is singing from the bottom of her heart. There is no other way to describe it other than beautiful.

This album shows that Un-Cut are not just another D‘n’B act, that they have a voice which surpasses those of most of today’s music industry, and a style that picks and chooses from other genres, stops and changes, yet still sounds like Un-Cut. They’re a band on their way somewhere. This is an album for the long, balmy summer evenings.