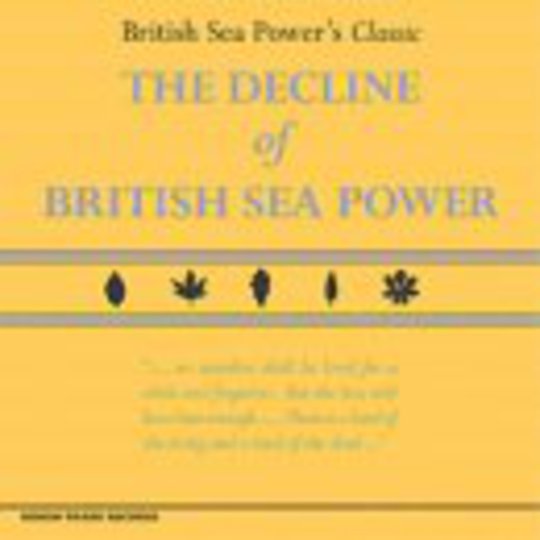 Like getting tanked up on Cremola Foam (whatever happened to that?), Chupa Chups and those sherbet flying saucer sweet things which melt; or like - oh I dunno - just strolling though seaside towns; or the Scottish west coast. On a sugar high. On a cocktail of sugar, alcopops, and cheap wine. Watch out for the jellyfish washed on the shore. Get fucked with British Sea Power, for this album will give you that feeling. Mixing those cocktails and mixing it gooooood, this is damn messy punk mixed with '80s British indie.

If Echo and the Bunnymen hadn't discovered string sections, they might still sound a bit like this. All hail British Sea Power, the UK's most pretentious band, for they are mighty. They are the classic Rough Trade band; could've sprung up from any time since 1981 and still sound the same. Maybe that makes them a little timeless.

'The Decline Of...' is a fully-ace debut containing hummable tunes ('Remember Me', 'Something Wicked') and full-on guitar abuse ('Favours In The Beetroot Fields'). It sounds like any number of 'classic' bands who probably never made more than one album and probably never sold much more than that. So what is it about BSP which has already incited such fandom round Europe already? (have you seen how many fansites they have?)

They're pretentious. They're weird. They play gigs in odd places. They have their own clothing range. They plunder deep, often spooky agit-pop music. And they have a stuffed owl on stage every time they play. You LIKE this? You freaks.

Putting my finger on exactly why I like BSP doesn't seem to be forthcoming at the moment other than they're easily one of the UK's most unique and wonderful bands. This album did something weird to me. Ah, the rare breed; a band to completely fall in love with despite the singer looking a bit like Bez crossed with Ian Curtis. And there's the fact that they're called British Sea Power. What a stupid name.