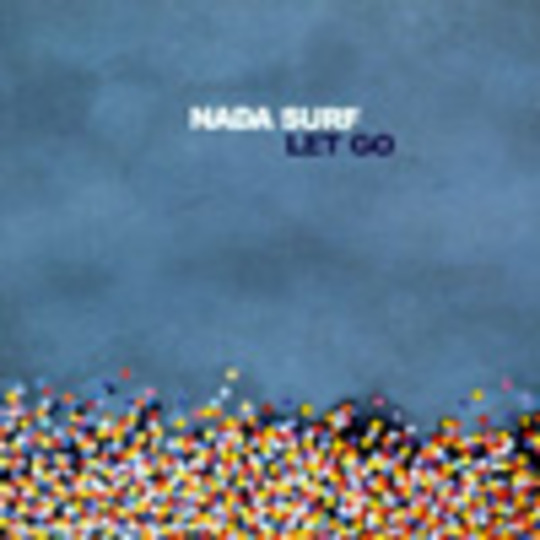 Music is a drug. We keep telling you. We'll keep on telling you until you wake up to the fact.

From the sugar-coated soma that is the pop happy pill, to the downward spiral of nu metal smack addiction, everything you listen to is having an effect on your personality, your outlook, the way you look to those around you.

Most of these fixes are big business, with more street names than there are addicts. Others are pushed by the select few and savoured by the same. One such drug doesn't have any nasty side effects (other than being totally addictive), delivering a constant high. It's new street name is Nada Surf.

'Let Go' is album trois by the three piece made famous and rendered obscure in one fell swoop by biggest hit 'Popular' -- you've more than likely seen it on MTV2. Often unfairly compared to Weezer (more likely than not by being catchy and breaking through with the help of Ric Ocasek), the band's comeback is a textbook lesson in the power of melody.

There's big, bright splashes of it everywhere... from the acoustic opening of 'Blizzard of '77' and the New Order-esque 'Hi-Speed Soul', to the upbeat 'Happy Kid' and gorgeous closer 'Paper Boats.'

Frontman Matthew Caws' voice is less snivelling than Rivers Cuomo, wrapping itself around every word. Combined with lyrics that mix turn of phrase and affecting honesty, Nada Surf live on the edge of the shadow under a streetlight's glow.

Of course it's not perfect. While tracks like 'No Quick Fix' and 'Killian's Red' stretch out the emotion and let up before it boils over, some do seem to outstay their welcome and you do find yourself almost skipping to the next track.

Still, the improvement on their previous albums ('High/Low' and 'The Proximity Effect', check them out) is clear. Now completely free of Ocasek's influence, their drums sound fatter and more confident, their sound is broader and there's absolutely nothing you could call filler. There's even a limited edition available with three extra tracks, all of which could easily have made the proper cut. These guys have tunes to spare!

If you're addicted to the melodic side of rock, let yourself go. After all, rehab is for quitters isn't it?