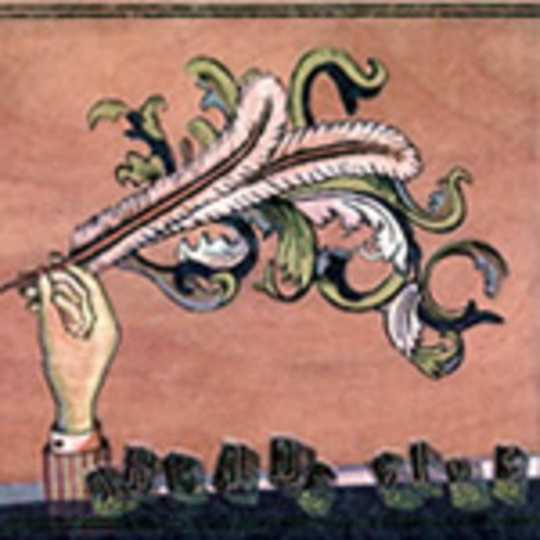 For all its permanent relevance and worldwide resonance, death still remains mostly shrouded in mystery - clawed at desperately by those who grieve looking for explanation, justification and recompense. The catharsis that emerges is essentially bile - an amalgam of our inability to accept and articulate loss. In the hands of artists however, catharsis becomes something altogether more beatific, something which can deconstruct death and rebuild it. This is the ethos of The Arcade Fire, and one which has made one of the most impressive and confident debuts of the year.

Now available on iTunes (and through Rough Trade on February 28th) the aptly titled 'Funeral' attacks from so many disparate directions that it's difficult to pin down and appreciate on initial listens. Encompassing chamber pop melodies, angular art-rock, lavish orchestration and post-punk vocals, its sheer sonic size and ambition goes some way towards justifying the amount of gushing praise that's been heaped upon this album since its September release on Merge last year. The fact that the music is so paradoxically life-affirming and euphoric makes it much easier to write, what now feel like, trite hyperboles.

'Crown Of Love' is greatly representative of 'Funeral' at it's heart - theatrical and measured but with a healthy dose of chaos. Stately strings play host to a heavenly, languid melody underscored with low piano thumps and Win Butler's apologetic croon to a lost love - "If you still want me/Please forgive me/The crown of love has fallen from me." It swells gradually until Howard Bilerman's disco rhythms (a recurring feature) grab the song by the throat and hoist it skywards, the strings stabbing in perfect harmony. 'Neighborhood #2 (Laika)' (the second of four 'Neighborhood's throughout the album) is much more immediate, with Win Butler and Régine Chassagne singing with enough passion to convince you life is being literally wrenched from them at the mic. It darts between an accordian-led sway to a hypnotic punk chorus backed by a similarly driving string section and is an obvious choice for single release.

Lyrically, The Arcade Fire keep a comfortable distance from the pretentious and overblown. The rich imagery of 'Neighborhood #1 (Tunnels)' sets grieving against a town buried in snow, "And if my parents are crying/Then i'll dig a tunnel from my window to yours" and whilst the latter parts of 'Rebellion (Lies)' veer dangerously close to The Polyphonic Spree ("Now here's the sun, it's alright!/Now here's the moon, it's alright!") its bombastic bass swagger has more balls and conviction than anything the Spree have recorded. Live favourite 'Wake Up' also has an abundance of energy rooted in its spirited choral nature before it mutates into a bouncy coda over which Win gleefully, but appropriately wails "You better look out below!"

The album closes with 'In The Backseat' which encompasses the entire crux of 'Funeral'. "I like the peace in the backseat/I don't have to drive/I don't have to speak" sings Régine eschewing responsibility for safety and detachment. As the song graduates to it's climax, her voice growing ever more siren-like with a Bjork quality, events force her into acceptance - "Alice died in the night/I've been learning to drive/I've been learning to drive all my life." The strings grow restless, the drums pound the guitars grow louder. Like 'Funeral' as a whole, it's empowering and hopeful and euphoric all at once. It says everything there is to say about mortality and it does it in 10 tracks.