A Story In White 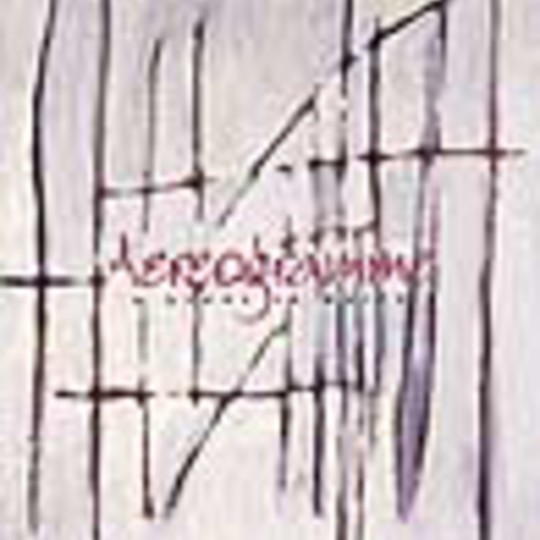 Aereogramme *provide us with a full-length record after over a year of taunting us with glorious glimpses of their magic with *EP *releases such as '_White Paw_', and '_Glam Cripple_' before it. '_A Story In White*_' was quite what was expected of the Glaswegian contrast-noise manufacturers as they heave a tumultuous concoction of heaviness, lightness and other bits and bobs in our direction.

You will enter this record to a fiery reception of sampling *and erratic drumming. This then bursts into some guitar that can be described only as *heavy; and loud. Then you will hear some jerky rhythms accompanied by delicate *vocals that just glide over the top. Again it bursts into life with that buzzing guitar sound swarming through the very eyelids that adorn your face. It goes *quiet *again. You may have noticed a pattern. "quiet/LOUD" music is the order of the day when it comes to the band who are arguably the best in the trade. This method is fashioned superbly in what is quite easily the standout track - '_Post-Tour, Pre-Judgement_'. Soaring, almost angelic, samples are used to exquisite effect as the drums tinkle and then *crash **and the guitars are used gently and then much, much more firmly. It may well be worth a tenner of your hard earned money just to hear this tune alone.

That one musical amalgamation is not merely used over and over and over and over. Oh no. There are some incredibly peaceful tunes on here, which just beg to be plugged in and hammered *at but never are. Tracks such as '_Egypt_' and, seemingly, inappropriately titled '_Hatred_' provide a welcome break from the aural masterpieces which both precede and pursue this chapter of calm. Running to the other end of the quiet/LOUD gamut lies '_Shouting For Joey_', which is an acerbic respite signifying something altogether more sinister. *Aereogramme *are, however, at their best when combining the two species as indicated during '_Zionist Timing*_' - the lead track from their last single 'White Paw EP'. It. Rocks. soft/HARD.

Less can be expected from a *debut *record. More will inevitably be expected in future on the evidence of this. It hits the spot in a manner unimaginable until you listen to it yourself.

_These are my adjudged best tracks - get them:

The Question Is Complete