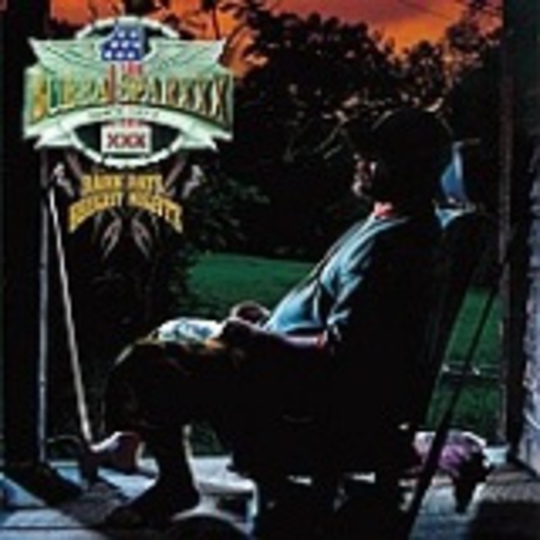 I can't really write, 'cos I'm too busy bouncing around to 'Ugly', but best get professional and put pen to paper... Bubba Sparxx, hailing from Athens, Georgia, protegeé of superstar R&B producer Timbaland (responsible for Missy Elliot, amongst others), comes across as a Deep-Southern-Good-Time-Eminem Meets G-Love with more humour and thankfully without the sick social commentary. The album opens with Bubba sitting on an aeroplane scared of flying counting the minutes in'Take Off' and then on to 'Ugly' which is just awesome, a frenetic mixture of drum'n'bass, quick super snappy R&B and Hip Hop driven by mandolin guitar, flute and brass stabs that sound more like Bollywood than anything else. Missy Elliot croons lush backing vocals and retorts, hooks flying at you so fast you're in a sea of catchy ingredients... with lines like _'let's be honest ...none of us is ever going to date a model_ delivered as fast low flying objects..... This is followed by the required skit (Compulsory on any self-respecting hip hop album), Deep South style, and then straight on to 'Bubba Talk', driven by flamenco guitar, bongos and tribal drums and the sound of neighing horses, like a kind of Cake-goes-jungle.... Again Missy Elliot provides the backing.

It is obviously very much a producers record, and it's one of the things that really strikes you. It's like super clean energetic chaos, banging your speakers around like crazy.Very much a record of THIS moment Hell...half of the lyrics speak about Bubba trailing around with Timbaland (usually referred to as 'Timmy') getting drunk and spliffed, laid by 'betties' and generally living it up. Yeah... as with most hip hop, it's pretty laddish, which can bug me a bit, but the record is such a laugh that it's difficult to get antagonised by this. Sometimes the music is deeply p-funky like'All The Same', but in the main it's just an exploration of all that is NOW. I wish guitar music was as forward looking as this... and as laid back and good humoured .... 'I'm a Country M**rfker who ain't changed his clothes in six weeks'... the album progresses through styles and more great rhymes, finally ending on the more musically sombre g-funky notes of 'Dark Days Bright Nights' and 'Handle of Beam'

Along with Adam F's 'Kaos' and Dre's 'The Chronic 2001', this is the state of the art. I only wish the guitar bands in this country would bury their heads in this stuff instead of trying to reproduce the music of the last ten to fifteen years.