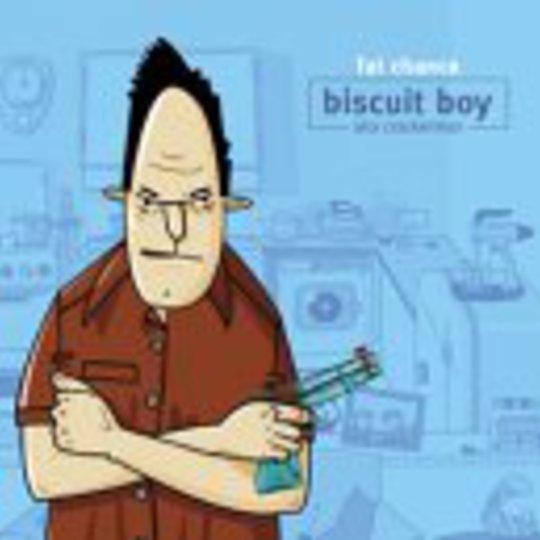 aka ‘Heato’, aka Paul Heaton, aka best white soul voice in Britain, aka one of the country’s greatest wordsmiths...

What’s happened to The Great British Songwriter by the way? It’s one of the things the Brit music scene excelled in at one point. All those quintessentially British singer/songwriters, sharp of quill and sharper of mind who would, with a surgeons skill, dissect the minutia of the everyday, of life in a, perhaps hitherto unexplored but painfully recognisable, ‘Englandshire’. Exalting the underdog and deflating the pompous. Pricking our conscience, making us laugh and making us think.

Stand up, then (amongst others), Ray Davies, Elvis Costello, Andy Partridge, Morrissey, Paul Heaton... but who from the last ten years could you add to this list?

Perhaps recent songwriters don’t feel the need to or don’t feel that they should - I mean, who listens to lyrics these days anyhow? Just play a few ‘classic’ riffs, look the part, arrange your carefully messed-up hair so it’s just yay and look like you mean it, maaan, why try harder?

As usual I blame Oasis, they more than anyone proved that sticking some banal ‘you gotta try / to fly / high / in the sky‘ style ‘lyrics’ to trad guitar dronings doesn’t harm record sales. And now look. All these earnest ColdSailor bands, going on about things being yellow and there being a fever and what-not... I dunno.

So thank sweet, baby Zeus, then, that Heato’s backbackback. He’s ditched his usual backing band, The Beautiful South and assumed a new identity for this ‘solo’ album. Quite why I can’t guess, the music here isn’t anything too far removed from his usual polite, sweet-toothed AOP (Adult Oriented Pop). It’s a bit tighter, crisper... a bit dancier than usual in parts, but no leap forward. Lyrically he’s also on his usual form, armed with a boning knife and laughing gas (for his own use), he sets to the British psyche with customary aplomb.

So, we have ‘Mitch‘, a bruised thankyou to a certain someone who helped him through a low period, “Write these words in clouds / on the bluest of skies / the best pair of ears / to a man who wanted to cry“, ‘Last Day Blues‘ a superb examination of our self-enslavement to the work ethic, how we bow in meek surrender to the daily grind and ‘award’ ourselves a yearly fortnight summer holiday: “And the reason we make these holidays / 1 or 2 weeks and not 3 / Is we‘re... / scared that the extra week may expose / the asylum seeker we could easily be“, “exhaustion numbed our minds / and lowered our stakes / till we forgot / the original reason we wanted to escape.“

Age has not withered Heaton’s ire. The ‘Agit-Pop’ socially/socialist conscience from his Housemartins days rears up on the song, ‘If*’ where he tears into selfish religious dogma. And on ’Man, Girl, Boy, Woman*’ he pokes at the fragility of the male ego (“Cause gob camouflages physique / like it camouflages self doubt”).

The album’s standout, however, is the rueful, stinging and achingly bittersweet ’Poems. When I heard Nick Cave’s song, ’Love Letter’ earlier in the year, I thought I wouldn’t hear another song all year that would match it’s beauty and sad-smile grace. ’Poems comes damn close. One reason is the presence of guest singer, Zoe Johnston who has one of the most incredibly emotive voices I’ve heard in a long time. Sounding like a teary Polly Harvey watching stars fall from the sky or a less self-conscious and mannered Chan Marshall, her duet with Heaton is a real gem and worth the price of the album alone.

Two other female singers appear elsewhere on the album, the remarkable sweet soul voiced Sharon Eusebe and the dreamy-indie sound of Beccy Byrne. If Heato is recruiting for the vacancy of a female singer in The Beautiful South though, I really hope he goes for Zoe. If not, I hope she releases a solo album of her own soon.

Yeah, Fat Chance is a good album but it’s not without it’s weaknesses. And they are the same weaknesses that tire The Beautiful South. Heaton switches to auto-pilot too often, ‘The Real Blues‘ is boring and it’s ground he’s covered before on ‘Song For Whoever, and the rather patronising ‘male feminist’ stance he often takes is here too, ‘yes ladies’, he’s saying, ‘we men are useless aren’t we? How _do_ you put up with us, considering we’re so vanitous and inconsiderate’, yes Paul, and I’m sure all women are very grateful for pointing it all out on their behalf.

He doesn’t give his great voice much of an outing on some tracks either and the music is terribly unadventurous - though, to be fair, while it seems unassuming at first, the music does hook into your BRANE and refuses to shake loose.

He still wipes the floor with any pasty-faced white boy with a guitar in Britain today, but by his standards, he’s merely treading water all too often. I still believe Heaton will someday produce his ‘English Settlement‘, album, a ‘My Aim Is True‘ or a ‘Vauxhall & I‘ - i.e. a fully-rounded, expertly crafted, Songwriting masterclass ‘classic’ album - which he is certainly capable of . But if some of the slow-peddling displayed here and on previous TBS albums is anything to go by, it seems like it could be a good while in coming yet.