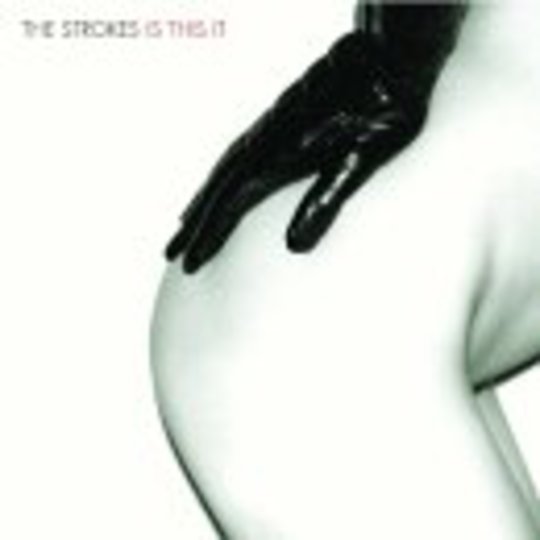 On the strength of three-song demo EP, The Modern Age and constant touring The Strokes have been receiving critical like that from the picky UK press. So is *'Is This It?' * all that it’s hyped to be? It really doesn't matter if they sound like The Stooges or Television, The Strokes blend the new with the old creating something fresh and in the end worth all the hype.

The record is not so much a giant leap musically, but you know you are listening to the start of something special. Throughout the record you’ll have several of the vocal hooks and guitar riffs bouncing around in your head.

Backed up by the singles "The Modern Age" and "Hard to Explain" the album provides the raw energy of Julian Casablancas vocals and the melodious rock sound of the guitars to produce an amazing debut. Each song contains the raw emotion and f@#k off attitude that made this band such a great live act to see.

The records starts out simple enough with the sound of a tape fast forwarding, which then goes into the lead track, "Is This It." They decide to start with a slow number, containing a guitar riff that sounds like something off of a lost Pixies record.

"The Modern Age", "Barely Legal", and "Last Nite" from The Modern Age EP all comeback for seconds and to remind people what they missed in the beginning.

"Soma" is one of those songs that you’ll remember after the record has ended. Build around a simple guitar hook and snappy drum beat, it keeps the same live energy as it did when they played it at their shows. The upbeat tempo and sing- a- long chorus of ”Someday” sounds like something out of the 70’s, but at the same time sounds fresh.

When you hear a song like ”Hard To Explain” you will always remember the first time you every heard it and every detail about that day. An electronic sounding drum loop starts the track off, followed by another great guitar part. The true highlight of this song is the vocal hook of the chorus, a classic. Live favorite "New York City Cops” also makes it’s way from the stage to the real thing holding onto all it’s raw energy. Guitar feedback and a punkier feel make this track standout as a gritty rocker.

”Take It Or Leave It” is the perfect closing track containing excellent guitar work by Nick Valensi and Albert Hammond that takes this album to another level. The songs builds to a reckless close of squealing guitars and Juilan Casablancas captivating vocals.

Just on the buzz built by their live shows and by the press this record will sell, the fact is this is an outstanding release filled with trashy pop songs about love, hate, lust and the misunderstandings about growing up. With one song it can piss off your mum and at with the next have her singing along.

The only problem is with it’s 35 minute length, it will leave you saying “Is This It” and hoping that The Strokes will be back soon.