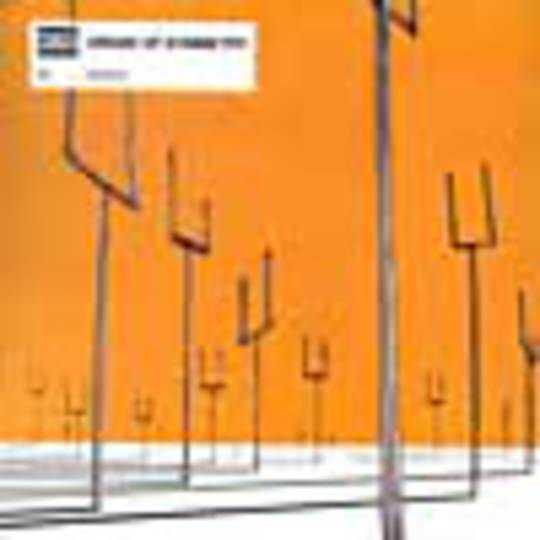 You know the story. You’ve heard the rumours. You may own a t-shirt. If you’ve been naughty you may have the dodgy live mp3’s from Napster… But do you know WHO Muse are? The singer, Matt Bellamy clearly isn’t the same as everyone else and that is definitely not a bad thing. “Paradise comes at a price” is the line that sums up this album. The ongoing theme throughout this record is dealing with being both noticed and ignored, being adored and insignificant and most importantly being true to yourself. True to yourself whether you’re broken hearted, antisocial, dysfunctional, anarchic, conforming or just rambling pixelated views about music(not that they actually say that!). And yeah, there is a little bit of a Bohemian theme going on as well, all good rock albums have to have that.

This is not an easy record to review. I’ll admit up front to being a Muse fan. I will not lie, trust me. That is a hard thing for anyone to accept nowadays, trust that is! Even though the majority of people feel insignificant, in a world that doesn’t give a shit; trust, belief, reality, and existence all seem to be highly questionable. And this is why we need Muse. While Mr.Bellamy deals with being a celebrity, he scatters his mind onto this record right from the off. Opener, the current single ‘Newborn’ could wrestle the inside of a publishers head until it explodes into pieces as the System of a Down riff-copyrighting people get involved! It wuzzn't them, your honour, sir! This is no longer the Muse people used to sweep under the carpet as star pretenders lost on a big stage before the main band come on. Facts: Two sold out shows at Brixton. Past single ‘Plug-In Baby’ rocketed at the charts. Two facts even the most cynical can believe. Just believe. Fact is scientific, etc.. Believe it, Muse are now stars - especially with an album title to do with quantum phsyics, I guess.

Where does that leave you, the music buying/Muse junkie? Well, within the time ’The Origin of Symmetry’ begins to make sense, Muse will be the record your parents, siblings and so-called-friends will not want to give back. From the tickling pianos, the scary bone percussion to the arty distortion all partying and sometimes resting beneath a journey though Matts mind and vocal range; this is Muse at their best, at their most accessible and ironically most threatening to the status quo. Don’t be fooled by the fact the band have whispers done a cover of Nina Simonés ‘Feeling Good’. A few of the original lyrics have changed, like the Edna Everage touch of “possum in a daze, you know how I feel” and the dynamics have been drama affected. Muse may be mocked for their stage school like style and grace, but isn’t that what is really lacking in pop world? There is no action, there are shoe-gazing moaners and there is just style, dance routines, style, make-up and yet more f'in style!! If you take away the hair dye, designer togs and wipe off the smudges of make-up here and there, Muse still exist. Understanding both their and our existences is the fundamental reason for them being! It is the reason why this record is an event in peoples calendars. It is the reason why you are reading this.

“You make us wanna die / I’ll carve your name into my heart / We’ll destroy this world for you,” is proof Muse haven’t lost their earth shadowing dark side - perhaps best shown within the aptly titled track ’Dark Shines’. Once again, the Muscle Museumy Latin-American guitar smoozing is ripped out of the artillery, before entering a now Muse patented (because I say so!) wall of noise, followed by twiddly bits “…your innocence I will consume and Dark Shines…” and pictures in my head emerge of spilt drinks, sweat, blood and monster grins. The picture is, of course, what it will be like amongst the kidz at the next Muse gig I get to!

To sum up... your record collection needs this record as much as you do. That goes for you! Yeah, yeah YOU! The one giggling in the corner, because even if you didn’t quite get Muse the first time, they’ll eat you up with this one. If they don’t get you, the ensuing sound-bite Murdoch attack will. Promise! Nevertheless The Man, is doing bloody good, for a change!

After thought for debate(either internally or on the messageboards): If Mushroom, owned by Rupert Murdoch, profit from this record. This is a record that talks in places of liberating minds and the record enters the collections and (hopefully) the minds of the masses, isn’t there an ethical consideration which hasn’t been considered?