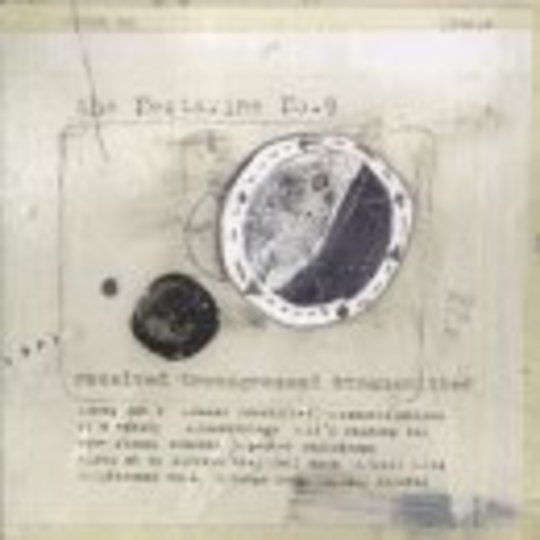 I'm a great fan of hiding one's light under a bushel. It means that those people who come to appreciate how worth knowing about you really are have made an effort and are genuinely interested in what you do.

So I'm intrigued to find kindred spirits in The Nectarine No. 9. They formed back in 1993, with ex-Fire Engines frontman Davy Henderson setting out to take a different direction to their classic choon "Candyskin". Indeed, as such long term residents of the Scottish jangly pop scene, it's good to see NN9 add a twist to the Teenage Fanclub/Belle and Sebastian style indie-schmindie stylings by doing their best to disguise their fine melodies with effects pedals and vocal distortion wherever possible.

The single "Constellation of a Vanity" is probably most visible through the undergrowth, with a catchy vocal and about as close to up tempo as NN9 do, but still best listened to swaying slightly, with eyes lightly closed. "Pocket Radiodrops", written with the help of The Pop Group's Gareth Sager, manages to come over as an indie skank, if you can imagine it. Looping bass and reggae riffs conjure a tropical sunrise more convincingly than any can of Lilt, albeit one being witnessed by a bunch of lobster red sunburnt Celtic types. "Lid" builds like a stalagmite, icy drops picked out of the guitar, building slowly, ending sharply.

The remainder of the tracks somehow manage to turn the tempo down a few more BPM, still making a lovely, if slightly messed up, noise, but calling you to lay down next to them so persuasively I had trouble making it through the album on a couple of occasions.

Frustratingly, once acclimatised to this chilly mess, a proper song, "Fibrecane No. 4" pokes through, and it leaves me cold. Whether it's because I've grown used to their style being something else, or because it is as mediocre as it seems, I don't know. What I do know is, when I go looking for the light under someone's bushel, I want it to be bright otherwise, after all that looking, I'm going to be disappointed. Just as well then, in the case of Nectarine No. 9, I am happy lazing around in the shrubs, and for the time being, am far too relaxed to explore any further.