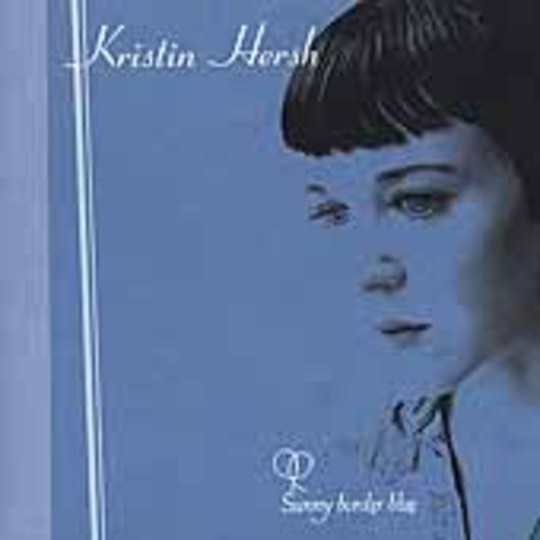 Singing songs about mania and disorientation across three decades, ex-Throwing Muse Kristin Hersh was being dubbed the ‘crazy woman of rock’ back when Alanis was still in kindergarten and Courtney in crappy Alex Cox movies. This, her fourth album on her lonesome, is pretty much business as usual: delicate acoustic guitar vies with awkward time changes and Kristin’s odd non sequiturs - sort of, well, a cross between everything the Muses have ever done and the rest of her solo stuff. But there’s not really anything quite as striking; nothing as gorgeously heartbreaking as ‘Your Ghost’ or ‘Delicate Cutters’, nothing as blockrockingly ace as ‘Big Yellow Gun’ or ‘A Cleaner Light’.

Her childlike voice still chills and enthrals in equal measures, but the insistence on not following a linear melody line and all those clunky stop-starts, as in opener ‘Your Dirty Answer’, is infuriating. The spirit of a relationship in crisis haunts the songs, which is bad for Kristin but good for us; as it results in such cracking one-liners as ‘I wanted you to sleep with her and hate yourself/Instead of me’ (from ‘Spain’, which slowly builds to a genuinely thrilling crescendo), and ‘We were a match made in purgatory’ (best kiss-off line since ‘You leave me dry’, anyone?). Yet, the musical accompaniment is flat and derivative, ‘Silica’ even echoing ‘Lucy In The Sky With Diamonds’ at one point (I mean, copying the Beatles?…._so_ 1990s, dahling….)

Strange then that the best track on ‘Sunny Border Blue’ is actually a cover version of ‘Trouble’ – no, not that one, stupid, but the old Cat Stevens song (ask your dad). Hersh manages to pour poignant yet spirited life into it; the way she tackles lines like ‘Oh trouble set me free….I have seen your face and it’s too much, too much for me’ sounds very much like a woman fighting yet simultaneously at ease with her personal demons. So - it must be true what they say; the devil really does have all the best tunes….