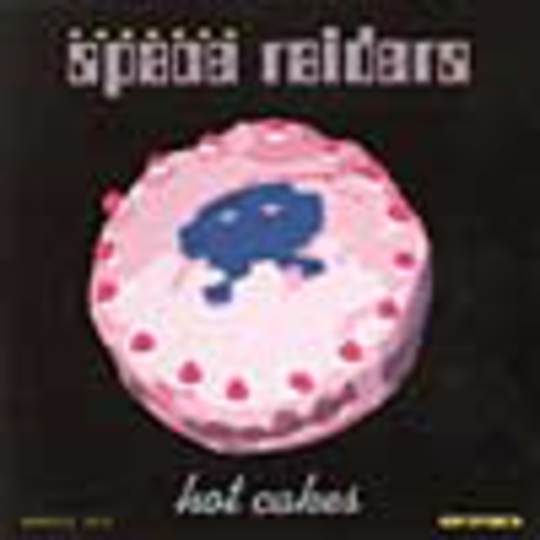 Space Raiders (incidentally they are named after the crisps) have put a 1980s Jane Fonda backing track anthemic soundtrack though the mangle. Space Raiders seem to have put the Craig David bloke through the mangle. Space Raiders have put the souls of Disco, Soul, Funk, Madness, Country, House, Garage (and whilst we’re at it, lets add Three Piece Suite and Loft Conversion, shall we?) and the 80s through a mangle. And then they stuck ‘em through a vocoder for good measure.

Hot Cakes is a déjà vu album. You recognise endless bits of songs but infuriatingly you are unable to trace the rogue samples back to their source. First listen and lazy journalism would brand the blokes from Middlesborough as the North Eastern Bentley Rhythm Ace. However this lot are more like the smooth voiced, glitter clad, mourners of Disco than full time jokers.

One note obscures another