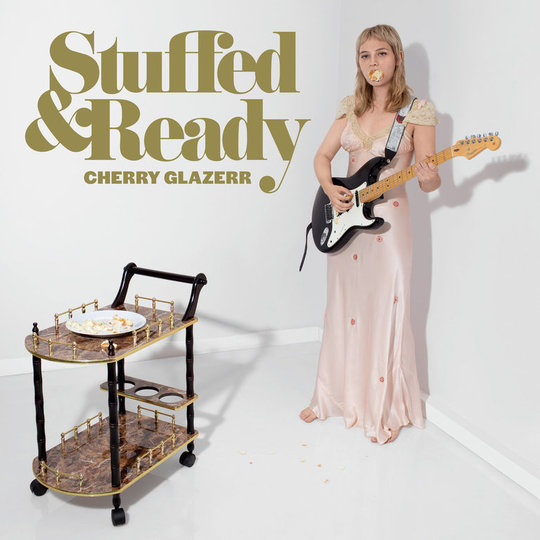 The return of the Nineties has been signposted for years, but it’s safe to say that, for better or worse, they’re now well and truly back. Los Angeles rock trio Cherry Glazerr have been preparing more diligently than most bands and it shows. Their third full length, Stuffed & Ready, is full of the buzzy guitars and emotive choruses that typified alt-rock at a time when that marker denoted a specific genre. But Cherry Glazerr aren’t newcomers and their style isn’t just an affectation.

Stuffed & Ready has a developed pop sensibility and a stronger sense of self. The songs are tighter than Cherry Glazerr’s previous work in that they’re both more fully formed and in that there is a current of tension running through the album. Frontwoman Clementine Creevy’s lyrics have always been clear eyed and self-aware, whether she was working out teenaged problems or — as on Apocalipstick — looking at the world’s problems. It’s why her lyrics are weary even while her voice is youthful. When she sings about a heartbreak that has more to do with her self worth than a lost love, hiding her loneliness out of shame, or being subtly self-destructive for the sake of self preservation, she conveys experiences that are all too familiar, that don’t normally make for great pop songs.

And Stuffed & Ready isn’t a pop record, but it sticks with you. The one piece missing from the Nineties is the box office dominance of teen films; when we get there, Cherry Glazerr should soundtrack them all. It’s easy to imagine the booming choruses of ‘Ohio,’ ‘Juicy Socks’ or ‘Wasted Nun’ playing over the climactic scenes of some heroine’s big moment. This is a vibe that runs through the band’s back catalogue, now moulded into precisely the right shape.

As Creevy comes into her own as a songwriter, the direction she’s taking the band in production-wise is also clearer (Creevy is now the only consistent member of the band, each additional role having been filled by a rotating cast. It may still be too early, however, to say if, like the Fall, Cherry Glazerr is Creevy and whomever else shows up). Producer Carlos de la Garza has helped the band find the right balance, taking them away from lo-fi fuzz, allowing Creevy’s vocals to be breathy and shouty and everything in between, but keeping them away from anything overly glossy.

Cherry Glazerr are an excellent example of what happens when artists are given time to cook, when they’re given enough label support to make the records but aren’t yet forced into the spotlight. They’ve focussed their sound; laid back surf vibes have given way to crunch just as synths have given full way to guitars. Creevy’s vocals are a controlled force, and it’s hard to image a woman who writes so incisively about her feelings ever recorded a song about grilled cheese. The potential was there from the beginning. It’s nice to see that they’ve realised it.