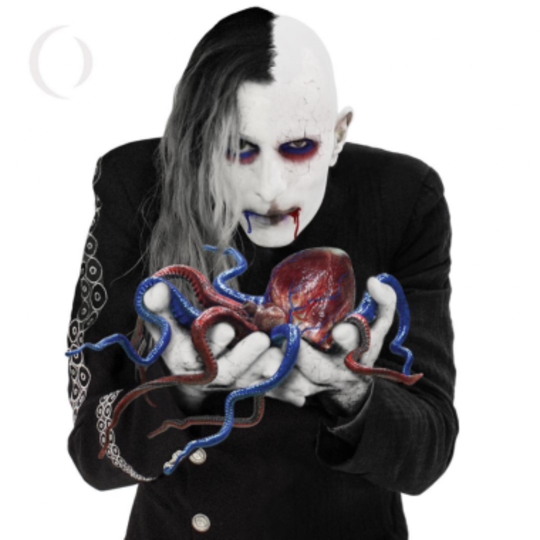 Fourteen years is a long time. The era in which A Perfect Circle released their last album was one in which Mark Zuckerberg was still in short trousers, Facebook just a glint in his eye; Donald Trump’s ambitions extended to the relatively contained blast radius of the Emmy Awards, and guitar music still reigned supreme.

Fast forward nearly a decade-and-a-half and the musical landscape has changed immensely, even if Billy Howerdel’s art metal supergroup for the most part haven’t: grinding bass and sizzling delayed guitar lines are still predominantly the name of the game on long-awaited fourth album Eat the Elephant, even if the advancing years have seen the band’s ferocity muted somewhat.

In one respect, this relative inertia is understandable - A Perfect Circle have always served up perfectly enjoyable fare, lauded above the bulk of their peers without seemingly having to break a sweat. On the other hand, there’s little here to match the high standards they set themselves in the early Noughties: nothing as rawly ferocious as turn-of-the-millennium singles ‘Judith’ and ‘Pet’, as lusciously beautiful as ‘3 Libras’, or as deliciously unhinged as their left-field take on Lennon’s ‘Imagine’ or the electro-chaingang steamroller of ‘Counting Bodies Like Sheep to the Rhythm of the War Drums’.

While not quite straying into the realms of phoning it in, Eat the Elephant is the sound of a band feeling comfortable, happy to leave the handbrake on.

Musically, Howerdel and company play it safe, sanding off the sharper edges of yesteryear’s bombast into smoother cuts - occasionally even more than might be considered reasonable: ‘So Long, and Thanks for all the Fish’ features an uplifting tom tom-heavy drive and ringing-bell guitar lines that bear a surreal resemblance to Brandon Flowers’ Killers; while the ‘Delicious’ could easily be a recent Pearl Jam track, but for the presence of frontman Maynard James Keenan’s trademark vocals.

And it’s these stunning pipes that carry Eat the Elephant - often silken, occasionally searing and ever operatic. For nearly three decades, he’s remained metal’s most compelling vocalist, with performances that can turn on a sixpence from soothing caress to gut-ripping fury. Keenan’s rich baritone remains an instrument to wallow in, the rest of the band seemingly content to bask in its reflective brilliance. Worth singling out for particular praise here are the breathy creep of ‘The Contrarian’, in which the frontman warns of populism’s dangers, incarnated in an individual with “sleight of tongue and hand” who is “as warm and calculating as heroin” (APC have long relished needling GOP incumbents of the White House, so no change here) and closer 'Get The Lead Out' – Eat The Elephant’s only truly viable contribution to a future ‘Best of’ compilation – which sees Keenan’s semi-falsetto lines floating gloriously above industrial percussion and nagging pizzicato strings.

Fourteen years on from their last outing, A Perfect Circle’s return to active duty as a living, breathing band is broadly speaking a good thing for the hard rock scene. Just don’t expect a record which silver plates their stellar reputation.