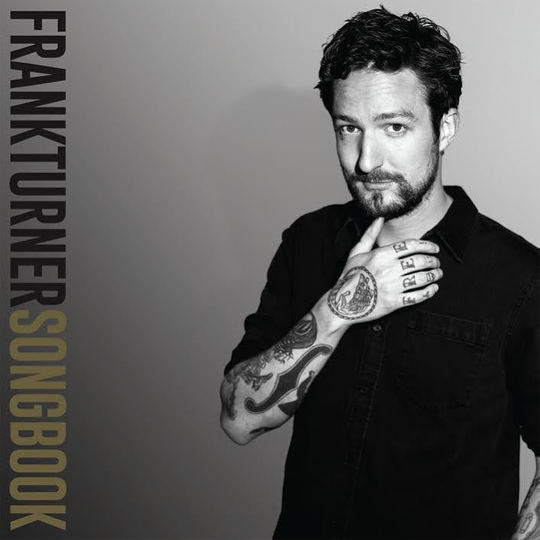 In an age where you can get curated artist playlists on streaming services in a few clicks, the question of why musicians still release greatest hits albums has to be asked. Frank Turner’s seventh studio album is expected to be released in 2018, and with that around the corner, the timing for this compilation seems a little strange.

But with a solo career spanning ten years, it makes sense to see Songbook as a helpful introductory note for those less familiar with Turner’s music. Most of the best-known, most-played tracks are accounted for, and have been remastered, along with a new track, ‘There She Is’. From high-energy singalongs such as ‘Four Simple Words’ and ‘Get Better’, through to quieter ‘Mittens’ and ‘The Opening Act of Spring’, the highlights of each of Turner’s albums are concisely filed together. It makes for a great listen through some of Turner’s best tracks.

The only new song on the first disc is current single, ‘There She Is’. Uncharacteristically romantic for Turner, this song is not his best work. Lyrically, it dances close to the line of self-indulgence, and it feels overproduced, which takes the shine off the meaningful intention behind the lyrics. The simple melody and arrangement lead the song into slightly bland territory.

In addition to a new track, Turner caters to his more established fanbase on the second disc of the album, where older favourites have been re-arranged and recorded in a different format. I think this section really excels, the reworked versions are very refreshing and in some places better than the originals. It fits perfectly with Turner’s live shows, where he is constantly rejuvenating the tracks into different arrangements, giving them a new lease of life.

The songs lean towards the acoustic side, and the ones which really take flight are ‘Polaroid Picture’ and ‘Josephine’. It’s great to see lesser-known tracks such as ‘Love Forty Down’ and ‘Broken Piano’ included in the tracklist, too.

‘Polaroid Picture’ is more drum-heavy in its new incarnation on Songbook, with the tempo turned down, taking a more relaxed approach from the original version of the song. Added harmonies build on the raw and honest interpretation of the song. ‘Josephine’ is re-packaged as a very stripped-back version, and the backing vocals which have been modified from the original, appearing at the end of the song, really add to the feeling of the track. ‘I Am Disappeared’ also makes great use of harmony, and the haunting backing of ‘Broken Piano’ in the new version makes for an interesting listen.

Overall, both discs are fantastic showcases for Turner’s capabilities as a musician and songwriter. The first disc is recommended listening for anyone new to his music, and the second really draws out the harmonic potential of the songs, and the slower tempos allow his singing to be more expressive. The passion and fervour which so many people love about the singer really come out in these reworked tracks. It’s fantastic that Songbook offers something additional for those who have already listened to Turner’s studio albums extensively, too.