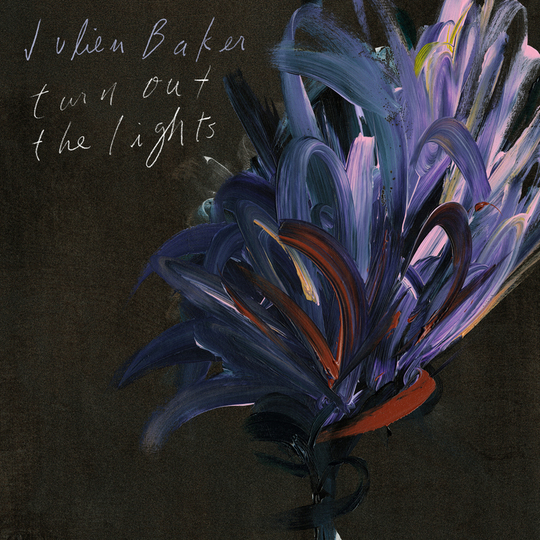 In light of the year’s biggest indie rock release suffering at the hands of critics for its perceived cynicism, what are we to make of a record as painfully straight-up as Julien Baker’s Turn Out the Lights? How do we even begin to approach such yelping, unkempt, wide-eyed sincerity within the framework of scoring system? What critical apparatus does one employ to address the work of an artist whose blood, sweat and tears come pre-splashed across the record, watermarked lest some unintended recipient ripped into them? Is this what we really wanted?

To an extent, your enjoyment of the record will hinge on your capacity for pure, irony-deficient ballads, because that’s all that’s presented here. Mine is high. Perhaps you have fond memories of racing through a parent’s record collection, or watching them drop the needle on their favourites, introducing you at an early age to Dylan, Zappa, Hendrix, Marley, the Stones. Personally, all I ever heard at home was Craven, Stansfield, Moyet, Lennox, Dion, a panoply of All Woman 1992 divas who sang about unreliable lovers over blue-eyed soul and dialled-in string sections. I was built for this kind of thing. If you can name more than three albums by The Fall, there’s a pretty good chance that you’re not. Most days, I envy you.

Overwhelmingly, Baker’s performances both live and on record are designed to tug at the heartstrings, and do so with unerring, clinical accuracy. Typically just voice and guitar, with nothing but backing vocals and the occasional rumbling piano chords in support, she operates at emotional ground zero, knocking out the kind of quiet-loud vocal performances that TV talent show contestants fantasise about. On ‘Appointments’, the album’s lead track in every sense, a swirling, Antlers-esque guitar part provides the foundations for a succession of colourful bruises (“Nothing turns out like I pictured it… Maybe the emptiness is just a lesson in canvases”) before they all swell and turn black: “Maybe it’s all gonna turn out alright. And I know that it’s not, but I have to believe that it is.” Like all talented songwriters, she has a knack for marrying the lyrical peaks to the musical crescendos; when all instrumentation falls away for her to repeat those last seven words, it’s a bewitching moment.

It would be easy for Baker to repeat the trick over an album’s worth of material, and she almost does. Both the title track and the gentler ‘Shadowboxing’ float along at a similar pace, cover similar thematic ground, and switch up to her emotional shouting voice to signpost the climaxes. Fortunately, everything onwards carries its own distinct personality, and the record retains its identity without becoming boring; ‘Televangelist’, in particular, drags its most poignant lines about ‘leaning on an invisible crutch’ across a power-ballad chord sequence that would reduce to schmaltz in lesser hands. Nothing gets any easier as the album nears its conclusion, either. Despite opening with the unpromising line “If I could do what I want, I would become an electrician,” the slow-burning ‘Happy to Be Here’ is another high point on an album of warm, emotionally fraught victories in the face of life’s disappointments. “I heard there’s a fix for everything,” she cries at the death. “Then why not me?”

Nothing is resolved. Nothing is fixed. The world that Baker brings to life on Turn Out the Lights remains, for all its elegance, a fundamentally cruel and disorganised space to occupy, one that would strike the listener as masochistic if it wasn’t also such a spirited, healing endeavour. And what does happy look like anyway? 'Happy is kind of a fleeting and transient emotion,' she declares in the press notes. 'It is not a destination that you can get to by exerting enough mental effort. I believe that joy is something that you can invite into your present circumstance. Whereas happiness seems to be this horizon that’s eternally getting further from you, joy is something that you can inhabit.' Turn Out the Lights is far from a happy album, but my word, it is riddled with joy.