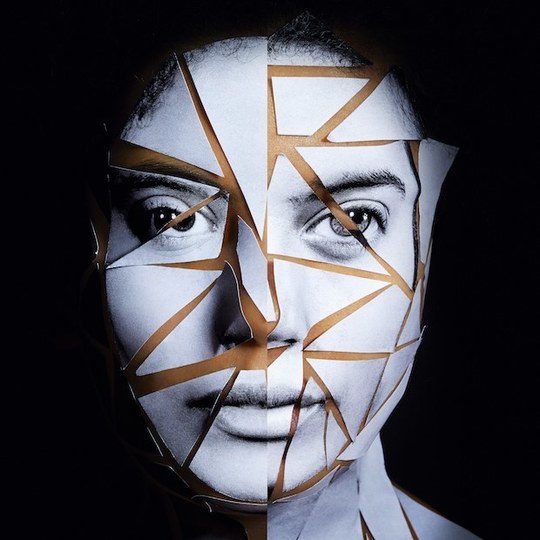 Ash is the crumbling residue that remains after the fire has perished, starved of oxygen or fuel to burn: the final stage of the combustion process. It implies a sense a of conclusion, the sobering end to the chaos, evoking listless decay, loss and hopelessness. It should then come as little surprise that Ibeyi's new album Ash brazenly confronts the 2016 US Presidential election.

Its inception began in the heat of the campaign, back in the naive recent past when it was generally deemed improbable that a certain megalomaniacal businessman would hold the most powerful position on the only planet in the universe known to house life. With this record serving as a poetic, abstract commentary on the election and its shocking culmination, this extended metaphor embodies the pangs of despair and despondency felt by so many on the morning of November 9th. Yet it also represents regrowth, rebirth and hope in the face of adversity, which is the real lifeblood of these songs. As poignantly stated by one half of Ibeyi, Lisa-Kaindé -“Ashes can fertilise.”

Twin daughters of Anga Díaz, the renowned Cuban percussionist and member of the Buena Vista Social Club, Ibeyi’s very essence stands opposed to Trump’s monolithic, nationalist spiel. Their music is outwardly globalist, sung in English, French, Spanish and the West African dialect Yoruba, infusing wide ranging R&B, soul, jazz, electronic and Son Cubano influences to name but a few, which makes it difficult to situate them in any particular genre or location. One element that is clear, however, is the notable shift in the soundscape they now occupy. Whilst their self-titled debut dipped its toe and at times paddled in the waters of Electronica, Ash sees them dive in head first and swim amongst its deep coral reefs. The record begins with a remixed sample of 'Dragan I Slavei' by the Bulgarian choir of Le Mystere Des Voix Bulgares, amongst pounding beats and Ibeyi’s trademark soaring vocals now electronically enhanced, to create intricate layers of computer augmented sound. Stand out single ‘Away Away’ is as free as a spring wind and gorgeously rouses the spirit, whilst 'Deathless' sees Lisa delve into her own chastening experience of being racially profiled by French police, underlining how Trump’s victory both poured salt into old wounds whilst rallying the oppressed into action. This could barely be more timely as neo-fascism continues to rear its ugly head.

By the album’s midpoint the tempo slows and their show of defiance temporarily subsides, exposing their human vulnerability, the contrast highlighting the need for widespread compassion as well strength to push against the tides of hate. In ‘Valé,’ hand clicks and lap slaps replace the drum machine, bringing this bare, human feeling home, as forlorn chants in Yoruba echo on. ‘Waves’ sees percussionist Naomi step into the foreground with a deathly slow, haunting piece, singing of “My blood...my eyes...my spine,” this corporeal, naked approach showing their willingness to delve deeper introspectively as well as into socio-political commentary. As the album nears its end, the boldness returns but with a more mature, considered tone best exemplified in the deeply affecting ‘Numb.’

This album is characterised by defiance: rather than wallowing, it soberly reflects; rather than crying it howls.It grows and grows with each listen, and though it has less of an immediate impact than their debut, it has a true sense of journey through its beginning, middle and end, an element often disregarded in an industry gluttonously obsessed with hit singles. One last strand that ebbs and flows throughout is a connection to and respect for nature, one evidently not shared by the leader of the free world, which seems to stem from their respective identities. Naomi has remarked how Lisa is 'obsessed with water,' adding 'I love water. But my god, I’m the thunder.' Together they’ve created a record that takes you from the roaring tempest to the soft spring streams, and if more of us could only muster this much spirit and boundless hope, you feel we could soon ride out this storm.