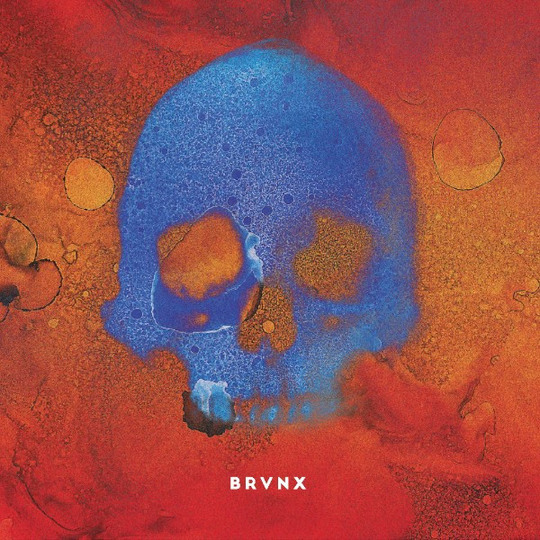 Five albums deep and billing themselves as The Greatest Punk Rock Band In The World, who are we to argue with a statement like that? It’s bands like The Bronx that still breathe life into a good old-fashioned 'three chords and the truth' full-pelt-brawler of a record, the sort of bands who resurface in timely fashion, just as guitar music begins to feel stale, delivering a fistful of rabble-rousing bangers that inexplicably still set the heart racing and the adrenaline pumping every time.

The Bronx aren’t a rock and roll band, they are rock and roll - without any of the bullshit, or the rock star complexes, or the Spinal Tap pretension, or the unearned plaudits. They’ve done the miles, they’ve played till they passed out, they’ve spilled blood and sweat and god knows what other bodily fluids over the years. It’s probably best not to think about it. Any band that can play two shows a night supporting themselves on tour as a full-blown Mariachi outfit have got my vote.

They once ran over a curfew of a show which I was stage-managing by half an hour, and I had to ask their (actually extremely polite) tour manager if he could very kindly Please Stop The Angry Men Playing Now. He looked at me with pity, pointed to the bull-dog figure of front man Matt Caughthran, wading knee-deep through bodies as two more flew over his head, veins pulsing with blood, eyes wild, screams echoing around the old Barfly Theatre, and simply said “do you want to ask that guy to stop playing?”

Their most recent effort, V feels like another natural and much-needed big step in the right direction for the lifespan of the band, and whilst it keeps one foot planted very much firmly in the circle pits and sweaty club shows, it’s interesting to hear melodic and progressive influences creeping in around the edges of their frayed and acidic punk.

Though retaining their direct-to-jugular aggression, tracks like ‘Side Effects’ show all the right cherry-picked influence from their work as Mariachi El Bronx, alongside some subtle Eighties-inspired production choices, and packing a unique chorus chord progression that adds a wonderfully filmic quality to an otherwise QOTSA-meets-The Ramones stomper.

‘Fill The Tanks’ is a tentative foray into Master of Puppets-era Metallica that thrashes satisfyingly along at the requisite pace, and comes complete with a descending chromatic guitar that nosedives into the end of the song and cries out for a shredding solo, but unfortunately never delivers on the promise. On the classic rock of ‘Channel Islands’ they make great use of some Skynard-ian (that’s a thing now, accept it and move on) intertwining lead guitars, and there’s a distinct whiff of the Coral Fang-era material from The Distillers about the anthemic chorus, before it all erupts in a satisfying climax that echoes the best of The Who.

Die-hard punk heads might be a little disappointed by the move towards melody and classic rock influences, but it’s actually something that the band wear comfortably and coolly, avoiding the contrivances of pastiche and landing in a the sweet spot of a mature, commercial rock’n’roll sound that shines brightly on storming single ‘Two Birds’.

All in all it’s another assured effort from a band who manage to stay relevant without compromising their creativity – somehow they’ve both mellowed and kept a firm grip on the intensity that made their name; less raging bull, more wise grasshopper. The song writing is smarter and cleaner, musically there are more interesting themes and hooks, and they’ve avoided the pitfall of ageing punks railing against a system that they’re inherently a part of.

Instead, they’ve delivered a classy and tightly-constructed package of what may come to be seen as classic punk’n’roll , whipping around every influential base from the spectrum of rock and roll over the past seven decades, and wrapping it up neatly, succinctly, and with their usual gut punch of fist-in-the-air, fire-in-the-belly anthems.

It’s The Bronx Jim, but not as we know it.