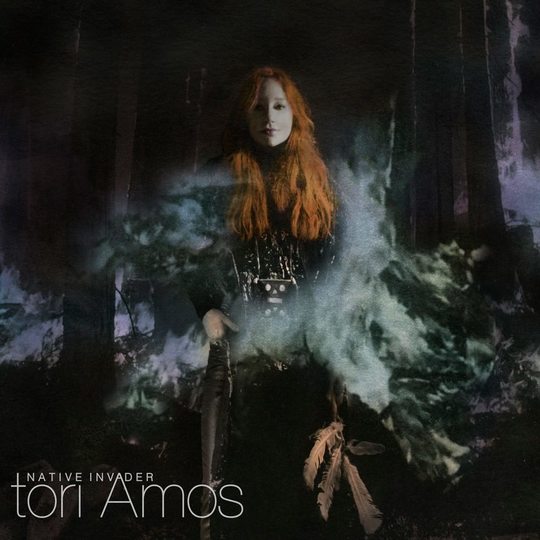 What you’re about to read is a positive review of Tori Amos’ latest album Native Invader. It’s the first time since her last masterpiece, Scarlet’s Walk that you'll have read one like this. But I’m delighted to say: it’s happening again. Tori Amos is well and truly back on her bullshit. What I’m reviewing is a work of genius, and should as any work of genius, be treated critically and thoughtfully - which I have. But I can’t do so without some preamble first.

It’s hard not to talk about the most embarrassing musician on the planet without it. It’s a reason why so many - probably the vast majority of people reading this - aren’t convinced. Tori Amos is camp, untrendy, outdated; an easy parody. She rattles frenetically at her piano like a sulking teenager, vocalises her vowels as though she’s trying to get her gob around a pear, and exerts a loss of control with excessive self-conduct. She has all the overripened orchestration of a West End production, with all of its hysterical frivolity. And yet — her music reaches the most severe loci of peoples’ lives. Her public display of pain anchors her to the past, yet she remains a cathect to the worst of times; to abuse and violence and trauma. Her fans have viewed her as a surrogate mother; a salve to their worst and most submerged memories. However, Native Invader finds Amos looking towards the ultimate mother – as she undertakes the quest towards Mother Nature.

What makes Native Invader a work of genius - a kind of Great American novel, perhaps - is that it seamlessly blends the personal, political, natural and cosmic into the same story. You can follow each of these strands in every song on the album; each category both perfectly resembling itself and the whole into which it is contained. For instance, in ‘Up The Creek', the phrase “God willing and the creek don’t rise” is one that Amos remembers her grandfather uttering to her as a child. Amos' daughter, Tash, harmonises the phrase with her over the persistent electro-pop strings, as a nod to her own invasion of Tori’s belly.

This album is buttressed by the terror of our current political climate, but it is more significantly a quest to counter it; to use “the militia of the mind.” That is to say: this is an album of resilience and not melancholy. Amos may have found the power to resist in the Tennessee Smoky Mountain area, where for her, the natural, cosmic, natural and political coexist. She undertook this trip around the time her mother suffered a stroke which left her permanently unable to speak, and Donald Trump’s presidency began. In ‘Wildwood’, Amos invokes Wiccan mythology to draw significance from her hikes around North Carolina’s woodland. She imagines walking off the pilgrim’s path’ with a talisman to guide her to ‘winter’s past’. She weaves through a wilderness of ‘Alders and the Oaks’ which bare a history of history of violence and renewal. She remarks on the parade of trees, who had been savaged by floods and fires, and learns that: “you can’t escape anguish/but how to live with it”.

This is the lesson that Amos puts forward in Native Invader’ She encourages us to invoke nature’s power of regeneration and renewal, as she ends her quest with the knowledge that human beings possess the resilience of nature. She draws on Greek mythology to refer to us as “Knowledge sown in Gaia’s bones” on the ritualistic ‘Up The creek’. On ‘Benjamin’ she even encourages us to reappropriate invasion. Singing over computer signals which sound like a 1960's conception of 'the future', she refers to the case of Juliana vs the U.S. – and encourages us to invade undesirable information in the digital age. The invasion of references and allusions – which may appear to be doggerel on first listen – are the key to infiltrating this bizarre masterpiece. They not only point to the idiosyncrasy of narrative itself, but give us the strength to combat our dominant and despicable white-people-against-the-world one. So, if the music sounds outdated then it should do. That's exactly what the winds of Donald Trump and fascists and Nazis carrying tikki torches are.