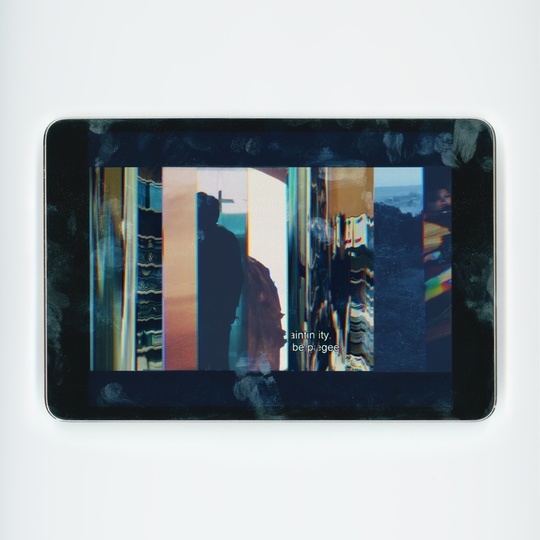 'Our sound falls between many genres, jazz, electronic music even minimalism in places, but naturally it’s an amalgamation of everything we’ve listened to'. That's Portico Quartet’s Jack Wyllie describing the sound of their new album Art in the Age of Automation. And he is right. Portico Quartet albums have always been hard to describe and define, but that’s is also part of their unending charm. On Art in the Age of Automation they’ve reformed as a quartet and seemingly put their last album, Living Fields (credited to Portico), behind them to create, possibly, their strongest record since their 2007 debut.

After listening to a few bars of the album opener ‘Endless’, one thing is apparent, Portico Quartet have gone back to their roots. ‘Endless’ sounds like a lost track from their debut Knee Deep in the North Sea The hang drum is prevalent and ‘Endless’ is full of hypnotic melodies that wind and intertwine to create something that feels familiar, but its ultimately new. After the stuttering electronic intro, a crisp breakbeat kicks in, grounding the ethereal electronics before Portico’s trademark hang drum gives everything the quality of a waking dream. What the band are saying is 'Forget the last album, we’re back to doing what we do best'.

‘Object to Place in a Tomb’ feels a mixture of The Cinematic Orchestra and Moondog. Woozy saxophones waft about while juddering drums give everything a stop/start feel. But it’s the vertiginous, twinkling electronics that are the real star of ‘Object to Place in a Tomb’. They draw the attention away from the uncontentious rhythm section and give the song an elegance that has hitherto been missing from recent Portico Quartet songs and albums.

Wyllie recently expanded on the creation of the album 'We’ve really gone into detail with the sounds and production, building dense layers and textures but retaining a live, organic feel to it. We wanted to use acoustic instruments but find ways in which they could interact with more modern production techniques and technologies to create something that was identifiably us but sounded fresh and exciting, futuristic even.' This is most prevalent ‘Rushing’, ‘A Luminous Beam’ and title track ‘Art in the Age of Automation’. Dense, fuggy, clouds of synths part obscure crisp drumming delicate saxophone riffs. And it is this obscuring that is at the heart of the album. As the album progresses, and the productions get denser, it becomes harder to pinpoint what is organic instrumentation and what has been manipulated digitally. The juxtaposition of hang drums and minimal techno workouts is sublime, and shouldn’t work but does so perfectly.

The last three songs merge and segue together perfectly. ‘Current History’ has all the hallmarks of a minimal techno classic, but when the Angelo Badalamenti lilting horns start to permeate its rigid digital feel, and the song takes on a totally different vibe. ‘Mercury Eyes’ acts as a bridge before ‘Lines Glows’ ushers in the albums close with ethereal hang drums and eerie synths that sound like a Vangelis dream sequence. ‘Line Glow’ is a dose of pure musical euphoria. As the synths swell, and become more erratic, the hang drums and saxophone enter the mix and start to calm everything down before the final third kicks in and everything has a slight Balearic feel.

The remarkable thing about Art in the Age of Automation is, on the surface, how simple the songs feel, but after repeat listens you realise there is an exquisite complexity to them. Like when you pop the back off a watch and see how if one little cog stops, the whole things breaks down. If one member of the band isn’t playing to their best, the whole thing falls down. This was the problem with Living Fields. On that album they worked with guest vocalists, for the first time, and the results were patchy. Whether this was because they were constrained by their collaborators vocal and musical ranges, or because they wanted to try and write something simpler and more poppy, but the album felt like a missed trick and for the first time in their career Portico Quartet looked like they’d run out of ideas, but on Art in the Age of Automation they are back to their best and clearly enjoying this newfound vigour for their craft.