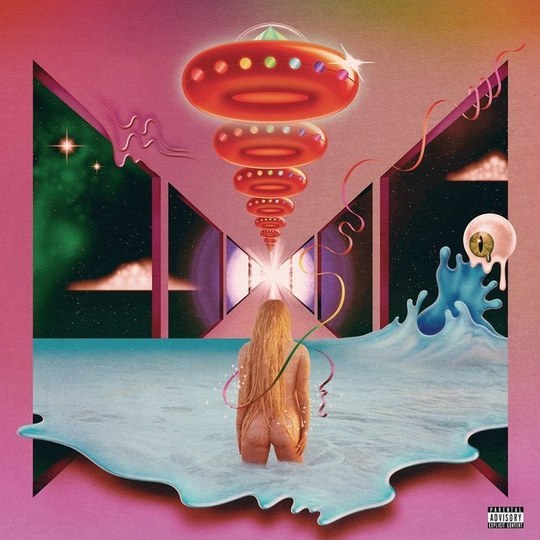 As our march toward the world’s end builds to a canter, the narratives we wrap around human tragedies both great and small remain the same: resurrection, hope not hate, the phoenix rising from the ashes. After Eagles of Death Metal survived the terrorist attack that interrupted their 2015 Bataclan show in Paris, the appropriate responses began flooding in, spearheaded by (a) a collection of largely ersatz covers of ‘I Love You All The Time’, and (b) the usual well-meaning platitudes about hope and fear. Frontman Jesse Hughes didn’t get the memo. 'I know people will disagree with me,' he told The Guardian a few months later, 'but it just seems like God made men and women, and that night guns made them equal.' Suddenly, it appeared the protagonists had their own complex moral code, one that didn’t necessarily fit with the scripted liberal response. The phoenix proved as unmanageable as the ashes.

Equally, it seemed unlikely to some that the artist behind ‘Tik Tok’ would emerge, seven years later, as an important voice in the fight against physical and emotional abuse, as well as the wider misogyny that accommodates it. After years of protracted legal battles against producer Lukasz 'Dr. Luke' Gottwald, Kesha was not prepared to be buried by his influence or the record label’s control. Five years on from 2012’s Warrior, she returns with Rainbow - her resurrection, her phoenix. How do we divorce the album from its context, if such a thing is even desirable? We can’t, of course. But we can talk about how she’s chosen to present it.

The temptation must have been strong for Kesha to use her previous collaboration with The Flaming Lips as an entry point for achieving artistic credibility, dropping the decadent-chick pop bangers for an imagined rock adulthood. Opening track ‘Bastards’ certainly hints in that direction, beginning as a bright country salute to the power of the middle finger, before erupting into a slightly queasy ‘Hey Jude’-style anthem. The lyrics are rebellious in an Avril Lavigne sort of way, littered with platitudes so generic they may have been more appropriately rendered in emoji form, or on a motivational poster ("People gonna talk shit", "Don’t let the bastards get you down", "I’ll just keep on living the way I wanna live", etc.) Let’s get the bad news out of the way: with a few thematic and metaphorical tweaks, and some exceptions, this is pretty much how it goes on for the rest of the record.

Musically, however, it proves to be a red herring. While there are a handful of hashtag-authentic moments across Rainbow’s 14 tracks, the rest are stashed right at the back of the record – the sadly disposable Dolly Parton duet of ‘Old Flames (Can’t Hold A Candle To You)’; a goofy acoustic number called ‘Godzilla’; and ‘Spaceship’, the closest thing here to a nod to The Flaming Lips. In between, we get something somehow more surprising at its core: a Kesha record, not that different to her last outing, but delivered on her own terms. It’s also, as it goes, a pretty good Kesha record.

That’s not to say that there aren’t external influences scattered everywhere, but for the most part, she wears them well. Fittingly, Eagles of Death Metal show up as Kesha's backing band on ‘Let ‘Em Talk’ and ‘Boogie Feet’, and both occasionally feel like a friend waving a powdered house key at you at 5am; their hyper-energetic pop-punk is not entirely unwelcome, but perhaps ill-advised. At the other end of the spectrum, the album’s first big, emotional numbers – and you know they’ve been coming – are ‘Hymn’ and ‘Praying’, sequenced back to back in a double-whammy of vaguely religious-themed songs about, you know, redemption and shit. The former is intended as a rallying cry to the world’s disaffected outsiders (i.e. pretty much everyone) – a Lorde pastiche, if I'm really being unkind.

The latter is a much stronger affair, and if it sounds like a Jack Antonoff-penned Sam Smith number, that’s because Antonoff absolutely nails this kind of thing; presumably her songwriting team of Ryan Lewis, Ben Abraham, and Andrew Joslyn have been taking notes. ‘Praying’ also deserves credit for sending shivers up the spine on multiple occasions; the musical development is perfectly executed, and when the drums and choir kick in, and later the horns, it takes a stoney heart not to swell alongside them. It’s also one of the few moments where the lyrics really hit home, too. Despite being dressed up as a break-up number, it’s the song that appears to be most obviously written with Dr Luke in mind, and it’s the little jabs that prove irresistible – hinting that “we both know all the truths I could tell” is one thing, but the promise that “when I’m finished, they won’t even know your name” is an absolute KO.

‘Learn To Let Go’ is the affirmative pop belter here, and even the unsavoury hint of a Jamaican patois can’t ruin the barnstorming chorus. After repeated listens, it transpires to be the album in microcosm: imperfect and dripping in cliché, but ultimately warm, pleasurable, and delivered with enough sincerity that the artist’s honesty shines through the boardroom aphorisms about holding on and being your best self. She’s worked out how to do that on Rainbow anyway, and your enjoyment of the results will inevitably hinge on how much you were likely to enjoy a Kesha album five or seven years ago as much as today.

Besides, maybe it’s for the best that these narratives don’t always get the autocue martyrs we crave. I don’t agree with Jesse Hughes’ views on guns, but I wonder if the world is a better or worse place for making people think about why some think that way. Equally, if Kesha – or rather, Ke$ha, the woman once held up as an avatar for the disposability of modern pop music, a millennial brat who supposedly sang about nothing but partying and brushing her teeth with Jack Daniel’s – felt like an uncomfortable fit for a story about surviving abuse, then maybe that’s because we’re part of the problem. Kesha Rose Sebert – “perfect, even though I’m fucked up” – isn’t the hero we asked for, nor the phoenix who rises immaculate from the dirty ashes of modern trauma. The record isn't perfect either, though it's enjoyable in places. But she is a survivor. Theirs are the voices we must hear.