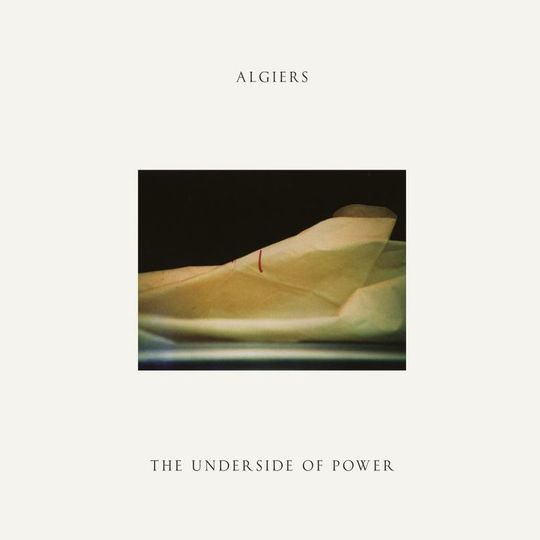 Drake? Calvin Harris and Frank Ocean? Sheeran? Nah, if it’s the sound of the summer we’re after it isn’t party anthems or earnest balladry that we need - not this year. This year is marching song and placards, cracked voices and steely resolve and uprisings and anger. It’s the sound of people paying attention, of standing up and clamouring to be heard, and there isn’t much that’s not drowned out by that.

For something that cuts through we should be looking to Southern Georgia, with its sun-bleached ground and white-fronted houses and simmering, tinderbox tensions, race and politics and rampant inequalities melting grotesquely in the heat-warped haze. All that hard light casts hard shadows and it’s there that we find Algiers, two years on from their caustic debut album with a follow-up described as ‘a defiant musical response to the looming rise of fascism, police brutality, dystopia, institutionalised racism and the hegemonic power structure.’

Yeah, so maybe not the typical stuff of road trips or beach BBQs, but then with track names such as ‘Death March’, ‘Plague Years’ and ‘Bury Me Standing’ this was never going to be playtime in the land of chuckles. From the clean lines and disquieting ambiguity of the cover to the references to T.S. Eliot and the samples from murdered Black Panthers there’s no mistaking that this is a Serious Album - but hey, that’s a good thing.

Better still is the music itself, a nakedly confrontational meet of gospel soul and industrial beats, of Bad Seeds guitars and occasional Prince-esque croon. At the foreground is vocalist Franklin James Fisher, his voice colossal as it ranges from passionate address to shivering falsetto, from the righteous anger of opener ‘Walk Like A Panther’ to the worn-out melancholy of ‘A Hymn For An Average Man’, commanding and frankly overwhelming even at a whisper - forget singalongs, the proper response here is awe.

Well, that and dancing. It’s disarming, actually, how an album this heavy can be so kinetic, so compulsive, so - the word seems wrong, but funky. Basslines writhe and snake, guitars crunch and piano keys skip, the effect almost jarring against the heavy lyricism, the tension constant between moving and being moved. Mid-album highlight ‘Cleveland’ sums up the conflict well: propelled by urgent beats and a compulsive call-and-response vocal it demands a physical reaction, a sweaty room and arms held aloft, although its thematic content - a 12-year-old boy shot and killed by police - might be better suited to a vigil. And if that all sounds too uneasy - well, there’s Matt Tong’s drumming to distract you.

Yes, Matt Tong - Bloc Party’s former sticks-man is on top form here, the drum machines of Algiers’ debut largely traded out for his artillery rhythms and fearsome precision, with ‘Death March’, ‘Plague Years’ and a punkish, snarling ‘Animals’ at once exhausting and invigorating. He’s been playing with Algiers for over a year but this is Tong’s first recorded material with them, and on the strength of this it’s abundantly clear that the fit works - both in the band’s greatly magnified intensity and in Tong’s own seeming (if the recent live shows are an indication) contentment within it.

There are shades of his previous band to be found here, actually, in the choppy 'Banquet' guitar of the title track and the coiled energy of ‘Cry Of The Martyrs’, whilst the layered and sample-driven approach of Bloc Party’s ‘The Prayer’ can be found all over. But Algiers are several orders up in terms of gravitas and power and the sheer conviction of their sound, not just over Bloc Party but pretty much everything else right now - as the album’s closer, the portentously-titled ‘The Cycle/The Spiral: Time to Go Down Slowly’, exemplifies. Moving from soul piano to hyperactive bass through to jazz vocals and gospel echoes the ambition here is staggering: as it dissolves out into distorted riffs and then, finally, to Vangelis synths it’s clear that no-one else is doing this so well, taking so many disparate elements from the past and fusing them into something that’s not just trading on nostalgia but screams with its own voice, urgent and insistent and utterly captivating. For now these hot days is the mad blood stirring, and here’s the soundtrack to accompany it.