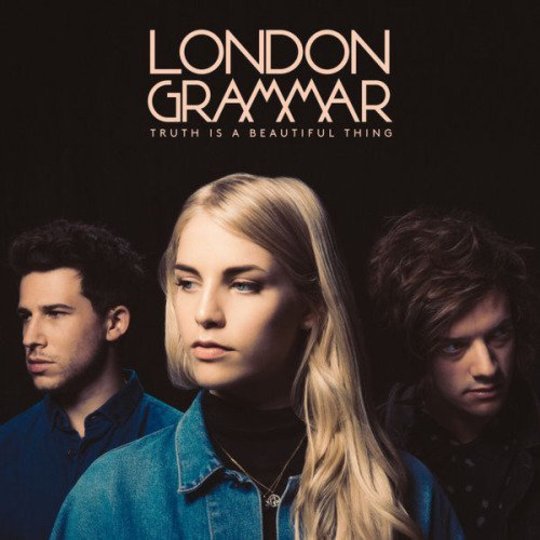 Second albums are difficult. On the one hand, there is a necessity to build upon the identity provided by the first album’s foundation; on the other, stagnation must be avoided at all costs. This push and pull is even stronger for London Grammar, whose 2013 debut If You Wait was such a critical and commercial success (Brit-nominated, going double-platinum), that redefining their sound completely would have been severely amiss, but at the same time there were criticisms even within their first 11 songs of ‘sameyness’. It is remarkable, then, how easy London Grammar have made it look. Their decision to take time off and go back to the drawing-board, as it were, rather than rushing the process on the commercial conveyor-belt, has resulted in a much more mature and assured offering, which develops rather than dwells upon their original album.

The subject-matter of broken relationships and angst has not changed significantly, but, crucially, it has aged and wisened. As the title suggests, the focus is on the ugly matter of trust. Before #fakenews became a part of our daily lives, the paranoia revolving around truth or falsehood, reality or fiction was restricted largely to the romantic realm. While If You Wait examined the immediate fallout after a first heartbreak, this album reflects upon the long-lasting damage that such pain can cause when embarking on future relationships; the ghosts and scars of the past constantly affecting the decisions (and indecisions) of the present. But rather than adopting a defeatist ‘if you can’t beat ‘em, join ‘em’ approach, the band proposes a message of hope. As Orwell said 'In a time of universal deceit – telling the truth is a revolutionary act.'

Hannah Reid’s lyrics adopt this honesty throughout the album: in the album’s first single, ‘Rooting For You’, she admits “I’d like to always love you, but I’m scared of loneliness when I’m alone with you”; in ‘Who Am I’, she confesses “I am trying my best to fit in with the rest”. But while Truth is a Beautiful Thing serves as a call to arms for honesty and decency, it somehow manages never to come across as sanctimonious. Reid acknowledges the pitfalls of warning a friend against an untrustworthy girl in ‘Non Believer’, when she checks herself with the thought “maybe she loves you, and I’m just a preacher”; she is aware of her own hypocrisy in calling ‘Hell to the Liars’, when she states “I’m no better than those I judge”; the existential introspection of ‘Who am I’ is prompted by the self-loathing realisation “Who am I to want you now you are leaving?”.

The band appropriately channel such theoretical content through a series of musical dreamscapes. In the second single released prior to the LP, Jon Hopkins-produced ‘Big Picture’, Reid’s ruminations are given an intriguing optimism first by Dot Major’s supportive piano, and then through Dan Rothman’s glimmering guitar, before the song builds to a resilient unit. Although it is not the album’s best song, it best demonstrates how the group have advanced: Rothman’s guitar hooks are a highlight throughout the album, particularly on one of the album’s standouts ‘Who Am I’, which is surely destined an RAC or Felix Jaehn remix for your summer playlists; Reid’s vocals have paradoxically acquired a new strength by becoming gentler, as the emotion (always sincere, no longer affected or forced) takes care of itself; Major’s keyboards and drums provide the intensity and momentum necessary for the songs to flourish. The defiance also demonstrates their new postromantic ideology; unlike on their first album, kindness does not necessarily entail weakness.

From the beginning of the album, it is clear that they are building on the strengths praised on If You Wait. ‘Rooting For You’ is a gut-wrenchingly beautiful hymn, which puts Reid’s vocals front and centre; she scales across the entire contralto range, from F#3 to F#5, with stunning control. Rather than just being the lyrical channel, though, she uses her voice as extra instrumentation. In the bacchanal frenzy of ‘Wild Eyed’, her voice becomes part of the brass section; in the album’s epic highlight ‘Hell to the Liars’, she joins the strings. As the song repeatedly builds to an exhilarating crest in the second half (complete with 32-piece Prague orchestra), Reid’s soaring siren pulses in and out like the comforting beacon of a lighthouse, before the wave breaks, leaving her isolated. It’s an overwhelmingly powerful bookend to the first side of the album. Major and Rothman must also be praised for pushing the band’s musical scope, as the album displays more variety and ambition than the first. The smokey, lurking aggression of ‘Oh Woman Oh Man’ and ‘Non Believer’ reveal a previously unseen edge. Instead of merely providing support to Reid, they broaden the landscapes until every song seems to be a cinematic symphony, complementing one another as a coherent whole. The grand scale on which the album operates demands to be given the full orchestral treatment that has so benefitted the likes of Lanterns on the Lake or Elbow. After reaching such heights, the titular closer ‘Truth is a Beautiful Thing’ strips itself bare into a piercingly pure ballad that satisfyingly balances the opener. The first minute sees an isolated piano, before Reid vulnerably enters; as they reach the chorus with a haunting chord progression, they provide each other confidence, such that Reid can correct herself from suggesting that “truth would be a beautiful thing” to affirming resolutely that “truth is a beautiful thing”.

This is by no means a perfect album: at 52 minutes, 10 minutes longer than its predecessor, it could do with cutting one or two songs (the two songs produced by Greg Kurstin, ‘Everyone Else’ and ‘Leave The War’ are the weakest); there are also occasional pacing issues, as Reid rarely manages to up the tempo beyond one syllable per beat. Yet on the whole, London Grammar have matured to give an album of creative and intelligent composition, with swelling melodies and vocals that give a genuine emotional payoff. There are moments of heart-stopping beauty throughout, as well as a newfound optimism that propels the songs to swelling heights.