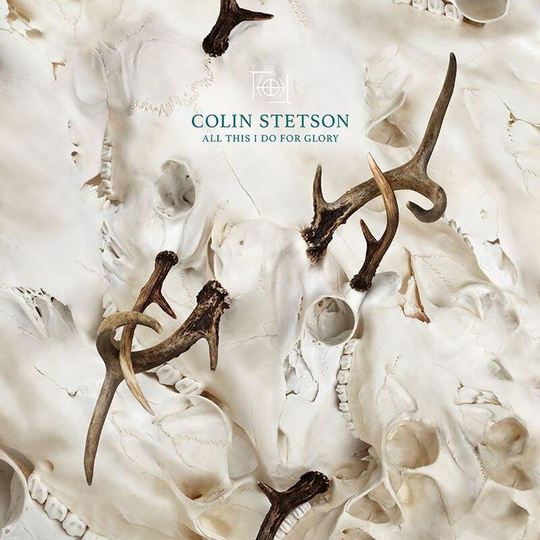 It was around this time only last year that Colin Stetson released his extraordinary reworking of Henryk Góreck’s Symphony No. 3. That work was a huge undertaking, drawing as it did from a well-loved classical piece and the demands of working with a large number of different musicians. Roll forward just over 12 months, and Stetson is now set to release All This I Do for Glory, a very different, if no less impressive, project. He has reduced his musical palette to essentially just his saxophone, recorded with no overdubs or loops, and engineered and mixed the record himself. As much as his solitary approach to this work may have been a stripped down affair the result remains anything but, largely due to his alchemical ability to muster so much from so little.

The title track leads the charge on a record that commits to a breathless pace. The song’s grip is instantaneous, drawing you in as it does through a deep groove and off-kilter vocal. What begins as a woozily seductive introduction deepens into something much more haunting, its driving rhythm intact. More than ever before Stetson has achieved a synthesis between staggering technical ability and startlingly visceral music. Throughout the record the spell is never broken, it’s only in hindsight that you wonder how on earth he created this expansive sound with such a humble arsenal.

There are exceptions. 'Like Wolves on the Fold' begins with a sharp intake of breath, but within the first few moments of ferocious playing panic sets in because, Jesus Christ man, that’s nowhere near enough! Fear not though, Stetson’s circular breathing technique ensures he can sustain this wizardry over a prolonged period. And it effectively feeds into the drama of a piece that features violent claps that sound like horse’s hooves racing over hard ground. The urgency is ramped up as the track progresses to a histrionic level that is as thrilling as it is unnerving.

During the recording, a number of mics were attached to Stetson’s saxophone, and the level of detail they picked up adds real depth to the world he has created within this record. You can physically feel the dark rumbling bass notes of 'Between Water and Air'. The track warps time through stretched out notes and the return of the galloping steed that switches from a canter to sprint, building a suspense that is almost unbearable.

Amongst other things, Stetson has described this album as one that explores ambition, legacy, afterlife, and the beginning of a doomed love story in the style of Greek Tragedies. The luminous beauty of 'Spindrift' can possibly be attributed to the latter. Its feverish emotionality is overwhelming, its cell shifting rhythms utterly disarming. Here Stetson has created his most powerful piece yet and proved himself a conjurer of abstract yet nonetheless razor sharp narratives, which make the concluding fade almost too much to bear.

But don’t expect the following track to cushion the blow. 'In the Clinches' answers searing beauty with rampant brutalism. The richly detailed production is raw as hell, untethering a raging beast of destruction. And the pairing of these two tracks only serves to heighten their respective elegance and mercilessness on a record that is dizzyingly both muscular and tender.

God knows what you call this music, attempting to prescribe a genre seems like a fruitless diversion from something so freakishly sublime. Stetson has described this album as temporally somewhere between New History Warfare and his collaborative record with Sarah Neufeld, Never Were the Way She Was. And You can hear the confluence of the savage percussion of the 'Judges' and the roaring melodies present on 'The Sun Roars into View'. Across his discography thus far he has created some of the most exciting and innovative music of this century, and this record feels like an acutely focused summation of his work to date.

In spite of the title's suggestion, All This I Do For Glory is far from a vainglorious pursuit, rather a deeply sensitive one. Nevertheless, the byproduct of his achievements here will no doubt solidify his position as a towering musical force. Colin Stetson is matchless, his record glorious, and you’ll likely never experience silence as dramatically as the moment when All This I do for Glory concludes.