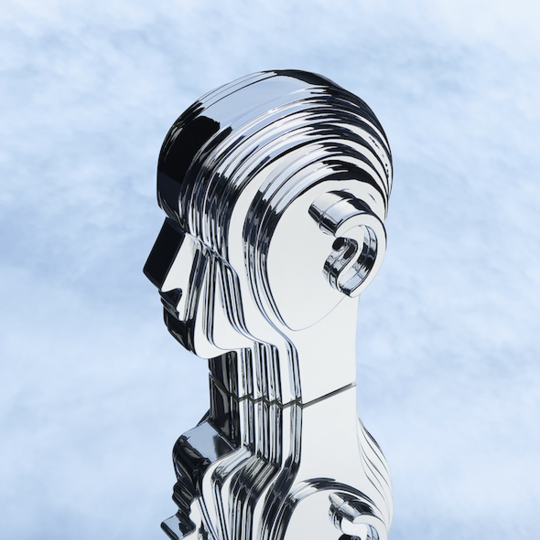 The Dewaele brothers are back! Again! This time, as actual Soulwax. After (kinda) leaving it for about a decade, the Soulwax name gets a workout on From Deewee, a 50 minute, glistening synth odyssey beamed in from their Ghent studio. It’s actually a kind-of follow on record from last year’s 2007, which they released with their Die Verboten project (I gave that one a glowing review too by the way). Whereas 2007 was a sprawling, largely instrumental affair, save for a few vocodered lines here and there, From Deewee sees the return of Stephen Dewaele’s gloriously gentle, honeyed vocals alongside their more pop sensibility. I doubt anyone’s made the line “there’s so much bullshit coming out of your mouth” sound so good before, but on ‘Goodnight Transmission’, he layers that thing up so much, it sounds like something from any given Crosby, Stills & Nash album.

Although the Soulwax b(r)and is back in full action, they’re still a million miles away from the indie rock band that I fell in love with back in the late Nineties. Although no bad thing, as both Stephen and his brother David still know their way around a melody and a groove. And boy does this album have both. Essentially it’s one, full flowing organism of a record - a synth starship, pulsating through a shimmering, metallic galaxy far, far away.

Recorded in one take, and featuring with two drummers, a myriad of vintage synths, a few guitars and god knows how much more technology all hardwired into their mixing desk, the record flows together effortlessly. As you might expect, if you’re not super into arpeggiated synth lines and the 4/4 time signature, you might have picked the wrong album. Thankfully, I am super into those things, so I can tell you that this album is well, well, well worth your time.

Picking up from where that Die Verboten album left off, which was actually recorded in 2007, but left on a shelf until last year, From Deewee finds this incarnation of Soulwax in a hypnotic mood. Perhaps inspired by the response of that record, here they employ driving, LCD Soundsystem-esque drumming to give a scrappy disco pulse throughout the whole thing, with the bouncing synth lines providing the heft and the everything else skating over the top. It’s a trick the brothers have been employing for a long time - in fact, probably since 2004’s rockier ‘Any Minute Now’. Still, there’s time for the old Soulwax to peek through, most notably on the almost-glam-rock stomp of ‘Do You Want To Get Into Trouble?’, and the bouncing piano of the quasi-ballad ‘Trespassers’, which is as close to melancholic as things get on here. They did always do the weirdest ballads (1998’s ‘Proverbial Pants’ is a good example), so it’s nice to hear they’ve not lost their more wistful side.

Thinking about it, From Deewee sounds less like it was recorded in 2017, and more like one of those batshit long lost sci-fi-disco concept albums made by some reclusive studio genius in 1978, that people like Trevor Jackson or Ivan Smagghe would dig out and play on their NTS shows.

A decade on from Nite Versions, a more dance floor-friendly remix album of their aforementioned ‘Any Minute Now’ record, ‘From Deewee’ does actually sound like the logical progression of Soulwax, despite the decade and myriad other projects in-between the two. There’s no 2manydjs mash-ups, and no nu-rave big room bangers: it’s all very mature, considered, but also outrageously groovy and melodic. Although sometimes a little two-dimensional, which I suppose is the pitfall of limiting yourself so much with the method of recording, the record balances very well between reach-for-the-skies science fiction soundtrack, and compact bursts of electronic energy. Brevity is always key with these kinds of projects, and it’s a relief to hear that nothing overstays it’s welcome too badly - the longest thing on here doesn’t even hit seven minutes, and the average length hovers nearer the four-minute-mark for each cog in the overall machine.

I’m hoping this isn’t just a flash in the pan resurrection, and the brothers Dewaele find operating as Soulwax a bit more comfortable these days. Last year’s Belgica aside, it’s good to see an actual, proper Soulwax record in the world again.