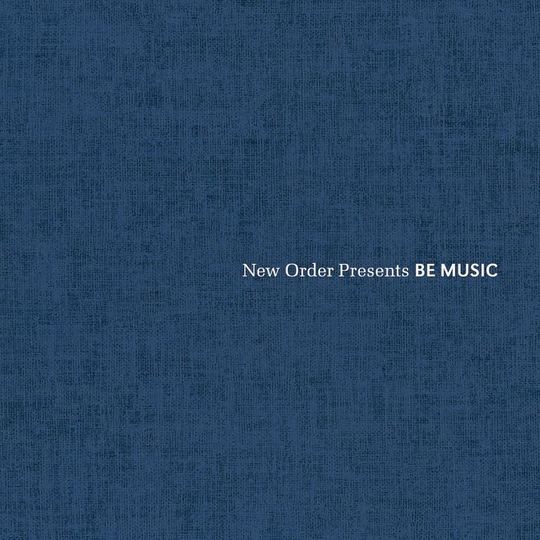 For the four members of New Order, production and remix work had two benefits. First it allowed them to experiment with sounds and ideas on someone else’s time, stumbling upon innovations and folding them back into their own arsenal of tricks to be used later. Secondly, and probably most vitally for the band, it was something they could actually get paid for, since most of the cash they earned from sales or on the road, vanished into the money pit of the Hacienda, or was used to keep their label, Factory, afloat. For much of their existence they shouldered the burden of being the label’s only genuinely profitable band and rarely got to enjoy their own cash. The fees for production work must have been very welcome.

As a result all four members of the band (plus manager Rob Gretton and even, very briefly, Ian Curtis) enjoyed secondary careers as producers to a greater or lesser extent, usually working under the umbrella name of ‘Be Music’. New Order Presents Be Music collects together their more overlooked productions across three discs, stretching from Gretton and Curtis’ work with new wavers Section 25 in 1979, right up to a 2015 Stephen Morris remix for Brighton krautrockers Fujiya & Miyagi. By avoiding some of the band’s more well-known studio work (Bernard Sumner worked with Happy Mondays, Peter Hook’s produced the Stone Roses’ ‘Elephant Stone’) it traces a genuinely fascinating journey through the expansion and development of electronic pop, and works beautifully as a companion piece to any New Order retrospective.

We’re presented with an alternative history of the band. It makes sense that between 1983’s Power, Corruption and Lies and 1985’s Low Life Peter Hook was working on Nyam Nyam’s twitchy, mesmerising ‘Fate/Hate’, while Sumner helmed Paul Haig’s brilliantly funky ‘The Only Truth’. The two are blood brothers to songs like ‘The Perfect Kiss’ and ‘Sub-Culture’. Shark Vegas’ ‘You Hurt Me’ would fit comfortably on any mid-Eighties New Order record. As the band themselves approached their recent electronic renaissance with 2015’s Music Complete, Stephen Morris’ head was clearly in dancier realms, remixing Helen Marnie and Factory Floor and, alongside partner Gillian Gilbert, knocking out a banging, atmospheric mix of Tim Burgess’ ‘Oh Men’. It all fits together rather neatly.

It’s actually Morris, working alone or with Gilbert, that really shines here. While Sumner hitches his wagon to a series of minor pop hits for the likes of Quango Quango and Marcel King, and Hook pisses about with anything that interests him, creating an intro tape for Manchester’s Lavolta Lakota, or working with his mates in Factory’s Stockholm Monsters; Morris and Gilbert forge a consistent and credible body of work through the prism of other peoples songs, and through their own productions as The Other Two. A rippling, energetic take on Factory Floor’s ‘~(Real Love)’ can sit next to a dreamy remix of Section 25’s ‘Another Hilltop’, and the robotic, tick-tock of the duo’s own ‘Inside’ and all feel of a piece. That you barely notice the decades separating them is testimony to Morris’s timeless approach to electronic music.

Managing simultaneously to sound like a New Order best-of featuring songs you’ve somehow never heard, and an excellent oddball dance compilation, which (just about) successfully melds Eighties synth pop to esoteric naughties dance music, …Be Music is an enjoyable, interesting curio, that sits alongside the 2002