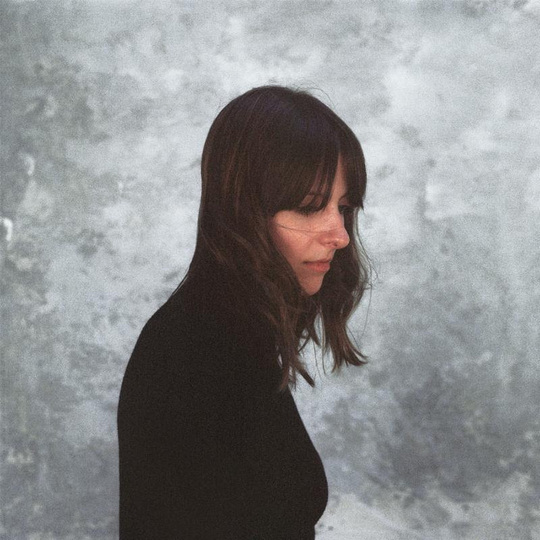 Ay, me. So you know what I see when I hear Molly Burch?

She’s sitting at the bar. What would a suave country singer drink, you reckon – Long Island iced tea? Whisky and coke? An ol’ fashioned? Something like that. A ceiling fan spins above us; men in flannels and jeans drift in and out around us. I’d sit on the opposite end of the bar, working up a way to talk to her that doesn’t involve a lousy pick-up line like 'can I interview you for my blog' or 'so how’d you meet Tim Darcy'.

If the scene sounds more than a little contrived, that’s cos Please Be Mine is – well, not contrived, but its conceptual limits are conspicuously narrow. Ten love songs about succumbing to men, ten wistful scenes set in old prom slow dances and reconstructed Nashville studios (even though the record was actually cut in Texas – but hey, who’s keeping score).

And don’t get me wrong – these are damn fine reconstructions, all lonesome guitars and hushed organs, lavished with the same slow-simmered TLC that a southern chef would pour into his family barbecue recipe. But they are what they are – drapery for Elvis impersonators, stage sets for community theatre, signifiers of a 'simpler' time. And what do they drape but hand-me-down love stories, cookie-cutter narratives stripped of any context, significance, or dissonance. 'Classic', says the presser, as if anachronism can excuse lazy writing like “I’ll love you forever” or ”I’m the one for you”. Only 'Fool' boasts any faintly modern licks, in the hazy guitar squall that billows in during the obligatory solo; otherwise, every sauntering ballad follows the same damn steps, in one of two speeds, to meet one goal: complacency.

Indeed, the whole affair would crumble to mere form if not for Burch herself. None of the Patsy Cline comparisons quite capture that sensual resignation, a curiously modern elasticity that places her closer to Totally Mild’s Elizabeth Mitchell or Lizzie Mercier Descloux than any archaic country diva. The fast songs bring out Burch’s dynamo range – like on the standout 'Wrong For You', where she seems to entice her forbidden lover closer even as she rebukes him for his womanizing ways. 'Try' boasts some of the album’s most wince-worthy lines – “The day I knew I wanted you was the day we met / and I said, ‘well, I’m your little baby, your little baby pet” – BUT, at least when Burch sings it, she sounds like she’s really out to get ya.

After a while, I find myself sleeping at the bar. Not that Burch has lost her allure – I’m still keen to see her belt these tunes out live - but this nowhere town she hangs in for Please Be Mine has depressed me into ennui. Why stay here, where the only records sold bear pretty faces and springtime fields? Why shelf yourself in a pigeonhole? I’m hoping Burch stumbles into some new muse while she’s out and about in the world, cos that voice of smoke could still burst into flame if she weren’t smothered by the past.