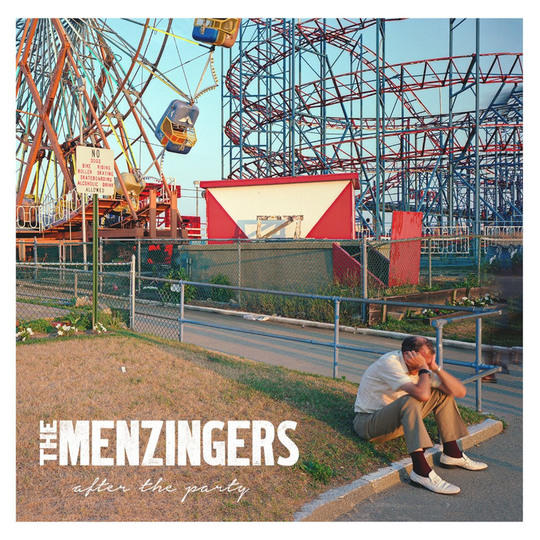 “Where are we going to go now that our twenties are over? Everyone’s asking me over and over” opines front man Greg Barnett on ‘Tellin’ Lies’, the rousing opener from The Menzingers’ fifth full length effort After the Party.

The abrupt and melancholy middle eight that cuts through the song like a hot knife through butter answers that question with no hesitation. Showing the band at their best, it’s a fine metaphor for the realities of life crashing headlong into the responsibility-free days of youth. For a generation of delayed-adolescence, freelance contract, hand-to-mouth adults, the Philadelphia punks are asking the awkward questions that are keeping us all up at night pondering our own futures.

On their latest effort the band have set out to craft an unstoppably melodic album primed for bar-room sing-alongs, and with their songwriting now five albums deep and as insightful and poignant as ever, they’ve had absolutely no problem achieving that goal (and then some). Whether it’s a beer-swilling, basement-crowd-inciting anthem or an introspective whisky-stained sway-along, The Menzingers know their onions and by God do they like ‘em blue collar, wistful and rose-tinted.

‘Lookers’ is an early highlight which smoulders like a cigarette and then explodes into existence with an almost impossible romance, as Barnett and fellow vocalist Tom May pore over old photographs and memories in a torrent of reminiscent turns of phrase which are startling in their simplicity. They remain one of the finest contemporary pairings of lyricists that the punk scene has to offer.

Working from notes they’ve taken on nights out and conversations with friends and family, theirs is observational story telling in its purest, undiluted form, significance and meaning drilled down into every apparent off-the-cuff remark or small detail. Lines like “you were such a looker in the old days” somehow carry a weight that belie their apparent insignificance, elegantly and succinctly communicating both hope and regret with a cutting honesty.

Whilst it’s true that Barnett and May seem somewhat preoccupied with the theme of battling against growing up and stepping in line, with the apologetically touching ‘Midwestern States’ an open missive to sleeping on floors and couches and inconveniencing their hosts, it’s an understandable reflection of the pressures many face in a society geared towards taking the path more travelled.

With the arts facing brutal funding cuts and musicians struggling to make ends meet, the lifestyle they live requires very real sacrifice, a difficult pill to swallow if your contemporaries are settling down with kids, pensions and mortgages. Bursting with new inspiration and direction, After the Party is the triumphant sound of a songwriting duo reaping the rewards of those sacrifices, a group of friends on an unstoppable streak of home runs. A celebration of a life lived in the moment, a life that doesn’t know where it’s going but isn’t afraid to embrace the freedom of that fact, a life that squeezes beauty from every tiny nuanced moment.

With the narrative of the world increasingly ruled by divisive callousness and a lack of empathy, we need bands like The Menzingers to remind us that there is good in the world. There is friendship, love and understanding, and whilst their courses may not always run smooth, they’re infinitely preferable to the alternative. There is light and hope in the world, tinged with darkness as it might be, but that’s no reason to stop believing.

Previous records from The Menzingers have been albums to lose yourself in, but this time the stakes are different. After the Party isn’t an album about finding yourself, it’s an album about building yourself piece by piece, stitching up your tattered soul with creativity and love.

“Hey, do you really wanna throw it away? I’ll do anything to make you stay”