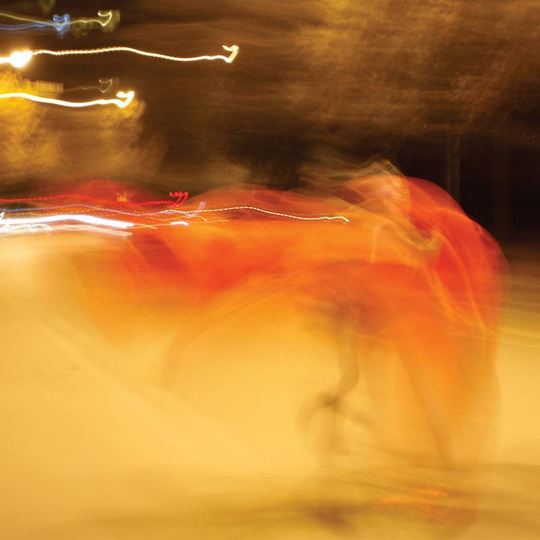 I once read somewhere that the ancient Greeks had two different words for ‘time’. The first was chronos: sequential clock time measured in hours and seconds and minutes, the regulating rhythm of departure boards and microwave ovens and TV schedules. The other was kairos: time experienced and time lived, the wispy spine of memory and nostalgia. You suspect many musicians think their job to be craftsmen of the former, structuring songs to fit into pre-prescribed three-and-a-half minute containers, quantising beats to metronomic precision. William Basinski is master of the latter.

Now a bastion of the experimental scene, Basinski needed time in spades before his work eventually found its footing as the sound of a public unconscious. Only when the material decay of The Disintegration Loops somehow managed to speak more directly to the cultural trauma of 9/11 than any punditry, poetry or prose did ears begin to prick en masse. But this extended gestation seems also to have helped cement a sense of what makes Basinski’s music so inimitably Basinski. It’s music in what musicologist Jonathan D. Kramer called ‘vertical time’: sounds that articulate a kind of timelessness, 'a single present stretched out into an enormous duration, a potentially infinite “now” that nonetheless feels like an instant.' His static-speckled tape loop missives seem so often to be transmitting from outside of our temporal frameworks.

A Shadow in Time is inimitably Basinski, its title a conceptual device that seems to cut through the music from multiple directions. In the most pragmatic sense, it is an acknowledgement of the instruments and artefacts from which this music spills out. The title track, for instance, written on the Voyetra 8, an old Eighties synthesiser pulled from storage, becoming ever more unreliable and unpredictable with age. On the B-side, a tribute to David Bowie titled simply ‘For David Robert Jones’, cut together from ‘these old bits of tape that had been chewed up by my roommate’s cat in New York, this big fat motherfucker.’ Born from a process of sonic archaeology, this music seems to have been found in time capsules rather than written anew.

Nonetheless, that title track works most straightforwardly as description of the music itself—or at least its effects. Relentlessly hazy in structure, in texture, and in tone, the warm earthy drones of that title track are punctuated by distant, muted wails and paralysed synth screams. The eulogy, meanwhile, fuzzy and failing, its tape loops repeated manta-like over and over. Its only structural impasse seems to be the introduction of a saxophone, an old recording of Basinski’s playing, but seemingly deployed to recall Berlin-era Bowie.

Perhaps A Shadow in Time is best embodied by its artwork, an image that captures neither point nor passage in time, but its manipulation, a visual gesture akin to Dali’s clocks. Like scattered others through the annals of music history — Eric Satie, La Monte Young, Pauline Oliveros, Brian Eno — Basinski brings to his craft an understanding that music structures time just as much as time structures music. Among his most entrancing work.