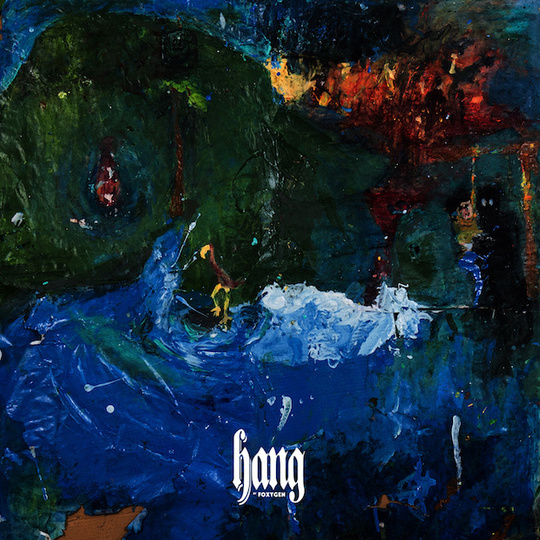 The punks have failed us. They should have uprooted this tuber-shaped, overbaked shit decades ago.

Mind, Foxygen haven’t had an original thought between their two noggins in four years. Romance and sunshine occupy every cranny of their headspace - they can barely eat or defecate, for such petty chores distract them from the fine art of daydreaming. Candy floss and Skittles replaced the Velvet Underground’s whips and heroin in We Are The 21st Century Ambassadors of Peace and Magic, while Todd Rundgren’s cribbed studio spells bloated …And Star Power into a sprawling mess of dust and glitter. To listen to Foxygen, one must suspend any expectation of reality, or truth, or any artistic intention whatsoever. To quote the youth, these guys just want 'all the feels'.

From that angle, Hang is really no different from the duo’s previous delusions – except that now, they realise what shit they’ve shat, and have gone to outrageous lengths to cover the stench. Some overindulging adults (i.e. Matthew E White and Trey Pollard) granted them a big ol’ orchestra (plus those eyesore throwbacks, the Lemon Twigs) to cavort and gambol over their high school musical, and Sam France has somehow developed the power to croon straight to the moon. This yields a theatrical set, the likes of which Elton John and Billy Joel have surely employed in their own dramas: billowy euphoniums, flowery flutes, sizzling violins, and so forth. Granted, those two could actually write plots – France, on the other hand, seems content to just repeat the word 'trauma' or whine endlessly about that actress girl that never seems to come his way.

When 'Avalon' digresses at least three times into Broadway-slick whimsy, the listener suspects that perhaps Foxygen are trying to be funny. By the time an overactive tuba accompanies France on the line ”while flamingos dance on spaceships with black fire in their mouths (via “Upon A Hill”), the listener has drowned in a sea of irrelevance. It’s sad, really – sometimes you wonder if France is actually trying to convey some sort of a story, like when 'America' shifts between patriotic anthem to ballad to swing jazz to god knows what else (for the Joel fans out there – it’s like a direct-to-DVD version of 'Scenes from an Italian Restaurant'). I mean, it’s possible – but when the only lines you’ve got to work with are snatches like how could I have learned to have used you? and just a witch that comforts you when you’re dyin’, what plot can you possibly conceive? It’d be like stringing together random GIFs to make an argument. Even the word 'America' seems out of context in the song - its very presence conveys a string of signifiers that Foxygen are too lazy to unpack.

That’s the crux of Hang - the orchestra tries so desperately to stage this cool retro show, but there are so many glaring holes in the script. 'Mrs. Adams' could’ve been some sweet lost Elvis Costello single, but why the hell should we care about Mrs. Adams? What kind of trauma is France railing on about in 'Trauma', and who is he to assume that everyone can relate to his melodramatic love sickness? The only tune with any conviction behind it is the suave, Boz Scaggs-ish opener 'Follow the Leader', and that still doesn’t save Foxygen from their own mire of foolishness. God forbid that anyone trudge to the pseudo-inspirational unicorn stool of 'Rise Up', a pig’s trough of truisms delivered from on high. It’d be more poignant if it followed some period of darkness, or genuine turmoil – but after the empty, sugar-spun carnival of Hang, every one of France’s declarations (“wake up early, start taking care of your health… follow your heart, if nothing else”) ring hollow.

Let’s end it this way: you know when you’re trying to ask for actual advice from your friends on Facebook, but the only people that answer are smug dickheads with their genius one-liners? That’s Foxygen, in a nutshell. I’m not the praying type, but I do pray they at least read a fucking newspaper. Anything to pull their heads out of their asses and teach them real despair.