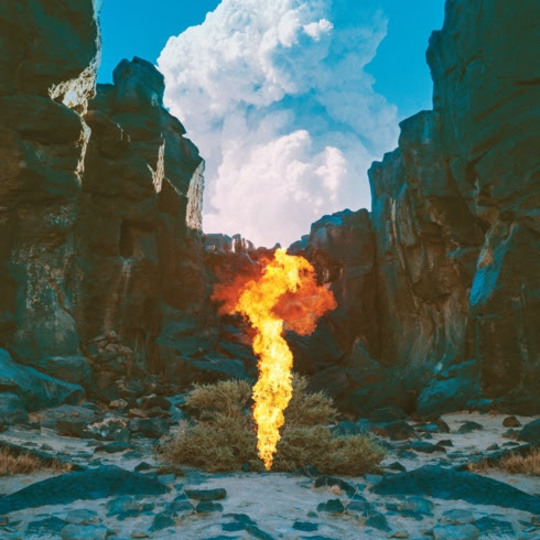 Six albums in, Bonobo – aka Simon Green – is in a very different position both geographically and in relation to his career than he was in the beginning. His initial output saw him swiftly cast as a ‘down tempo pioneer.’ But it was the release of Black Sands that opened him up to a wider audience and expanded his sound from jazzy, laid-back hip hop pieces to incorporate more vocals, afrobeat and Middle Eastern influences. His star further rose with the release of The North Borders, which he toured extensively with a live band. This period also saw him move from his native Hampshire to Brighton, finally landing in starry L.A. via New York, finding the Big Apple to be a 'noisy and stressful environment.' All of which have added to the sense of occasion that a new Bonobo record now generates, supplemented by drip fed singles and lavish videos.

It’s an age-old dilemma that success breeds larger scrutiny, but it seems, for the most part, he has eschewed such pressures and fashioned a record of continued confidence and individuality. The opener and title track ‘Migration’ is a sly way to start, as its chaotic mix of tumbling percussion and repeated piano notes make it difficult to know what to expect from the rest of the record. It makes for an attention-grabbing intro that is paired with the previously released single ‘Break Apart.’ Where the former startles that latter soothes. It’s built around Michael Milosh's delicate and fragile falsetto, incorporating all manner of lightly delivered details. It passes through elegantly, and beautifully, but in keeping with the album's title it feels oddly transitory.

Green makes a theme of shifting between heavier tracks and more contemplative ones throughout the record. And he is largely successful in binding the two and avoiding a discordant narrative. Much the same could be said of the way he marries unlikely vocal choices to his compositions. The Brandy-sampling ‘Kerala’ knocks out a big, bold beat in a diametrical claim for dance floor success, whereas ‘Grains’ almost indistinguishable distorted vocal from folk hero Pete Seeger is used to great effect, creating a touching mood piece.

Similarly, ‘No Reason’ is the most straightforward (and no doubt commercially viable) dance track, featuring a soulful, escalating vocal from Nick Murphy, formally known as Chet Faker. But the record also holds the conversely organic sounding ‘Second Sun’, whose rolling and emotive guitars, strings and pianos are a beautiful interlude. The record consistently makes these shifts between bold statements and quiet reflection. Green has spoken of the recent death of his father and the milestone of turning 40, and the undulating nature of the album seems to be a reflection of his rootlessness and those aspects of his life that were once constant disappearing.

In a more outward looking sense, he broaches the theme of migration musically by utilising a larger palette of global references. His current interest in Moroccan Gnawa music seems to have made an impression on his own work, most obviously on ‘Bambro Koyo Ganda.’ It’s an ephemeral piece that fleetingly rests on one musical motif before morphing into another. It begins gradually with twinkling light touches before building in a bass-heavy driving beat that underpins the chanted vocal, making it one of the most absorbing and successful tracks on the record. And although the migratory themes appear to be mainly personal this engagement with other cultural musical touchstones enters it into that wider discourse regardless.

As with much of Green’s work Migration is the result of a myriad of sounds, textures and techniques most of which are strung together expertly and imaginatively. The record does tend to tail off towards the end with ‘7th Sevens’ and ‘Figures’ revisiting ideas that feel ever-so-slightly repetitive. And although increasingly he seems to be making music destined for the clubs, as opposed to the post party chillout/hangover soundtracks of yore, it marks further progression. The record will likely serve newer fans of Bonobo better than those that maintain a stronger fondness for his earlier work, but his journey is a fascinating one and only time will judge its permeance.