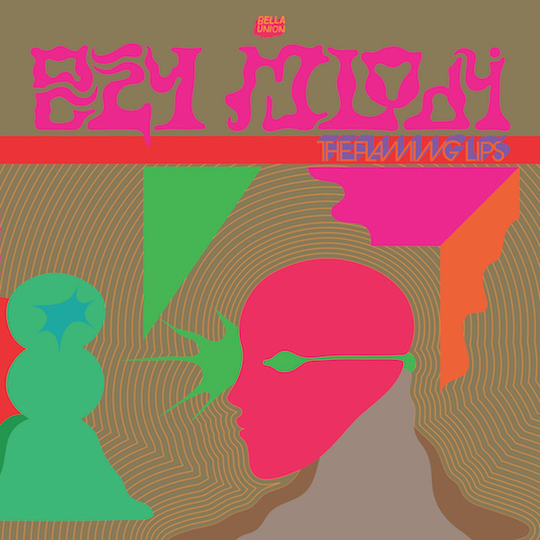 In some ways, music is a teleport, an escape pod that takes you away the monotony of dreary weeks full of cereal, photocopying and pesky clothes that just won’t stay ironed.

At their peak, The Flaming Lips could take their listener into a completely different universe, be it one filled with Pink Robots (Yoshimi Battles The Pink Robots) or into some sort of glorious kooky heaven (The Soft Bulletin). During this period the group were, undeniably, at their best. This was in no small part due to the huge melodies that slipped through their technicolour psych-pop parade.

However, in recent years, it has felt like the group have been praying at the alter of Dr Timothy Leary a bit too much. Embryonic from 2009, and 2013’s The Terror rid the group of everything that made them great, stripping away the pop hooks in favour of prog-inspired meanders into a world less interesting than 'real life'. These slip ups, or whatever you’d like to call them, makes Oczy Mlody, the group’s fifteenth studio album feel sort of make or break.

Things start well – very well. Opener ‘How’ is a synth rock monster of a song. The pulsating keyboard notes set out an apocalyptic setting that remains throughout the record. Wayne Coyle’s signature childlike vocals add a dash of strange optimism, suggesting that the oncoming dread might be something to celebrate, rather than fear.

‘Sunrise (Eyes of the Young)’ and ‘Nigy Nie (Never No)’ are, for want of a better phrase, widescreen. You can immediately start to visualise the world Wayne Coyne and co are trying to create, a land filled with the fallen trees, multi-coloured swamps and deep blue skies. Both have a rather bizarre hip hop influence, the latter in particular sounds like the surreal bastard child of Flying Lotus and J Dilla. If that doesn’t compel you to give the song a google right now, then I think me and you are going to fall out.

At times the record starts to feel like the audio equivalent to the last few installations of the Star Wars saga. There’s a joyous familiarity here, but with a few new and exciting additions chucked in for good measure. This is no bad thing, quite the opposite in fact. ‘Do Glory’ is the auto-tuned sequel to ‘The Race For The Prize’ sounding a heck of a lot like a mid-Noughties pop reincarnation of The Residents. As you can probably gather, the result is nothing short of amazing. There is a sort of toy box ambience that wraps itself around the music, almost as if all of your childhood toys are drowning in one of the land’s mystical ponds.

Lead single ‘The Castle’ leads us towards the climax of the journey. Coyne can’t half write a psychacana (psychedelic americana, for the uninitiated) masterpiece when he wants to. The track is all twinkly keyboard caresses and deep blobby bass. It is perhaps the closest you’re going to get to an aural cuddle, which I’m sure is something everyone needs after the year we’ve just been through.

With Oczy Mlody, The Flaming Lips have managed to take us on apocalyptic journey that’s also fun, which is no mean feat. If the 'real' end of the world is half as fun, we’ll all be alright.