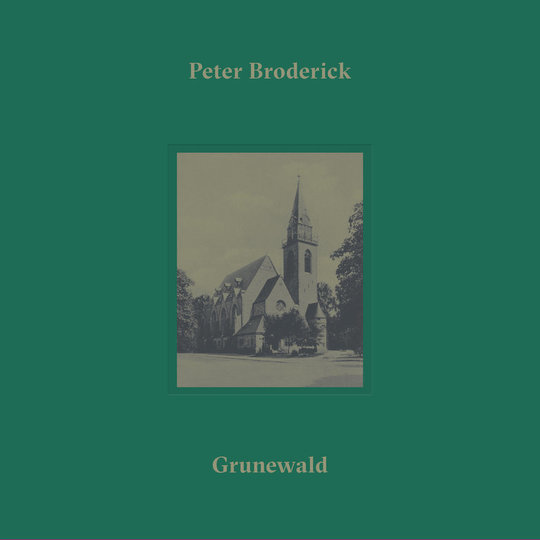 Not long after Peter Broderick’s seventh solo album Partners, the American composer closes 2016 with his latest release Grunewald , out on December 9 via Erased Tapes.

The record itself was born in just one night inside the four walls of the discrete yet majestic Grunewald Church situated on the outskirts of Berlin, originally scouted by Nils Frahm as a location in which to record his album The Bells but which has now become a haven for an entire generation of contemporary composers.

Billed as 'an exploration of the alluring partnership between the acoustic space and Broderick's solo performance on piano and violin', it’s a collection of recordings which undoubtedly serve as an homage to a unique location and the natural interaction between the instruments and their surrounding environment. There’s something about Grunewald which is earthy and extremely human. A feeling of creative transmission, a sense of immersion and collaboration, as if all of the artists that have ever recorded and performed there have left some sort of watermark, a transference of hopeful energy that’s somehow burned its way deep inside this collection.

It all begins with a sparse and wintery opening on ‘Goodnight’, a breeze that whips through gaps in an old stone wall, a frost that creeps across the ground surrounding the old Grunewald Church. The rest of the EP follows suit, a haunting and Dickensian collection of tense strings which rise and fall, swell and race, colliding with the incredibly warm strains of the old Bösendorfer piano and the reverb-heavy surroundings. There’s no doubt it’s an evocative and crafted effort, and whilst it might not be setting the contemporary classical scene alight with anything revolutionary, it’s bursting with charm and an affection for its subject that’s impossible to ignore.

The production is itself is sumptuous in the extreme, each twinkling note and shift of the stool audible as keys are pressed and the piano hammer gently buffets against strings deep inside the chest of this grandest of old Austrian instruments. It lends an almost irrefutably Bavarian tinge to proceedings that feels alive with the darkness of the forest and the fairy tale magic of the Brothers Grimm. Bringing a welcome change of pace, ‘Violin Solo 1’ is harsh and icy, a tense Soviet dog-chase through the snow, serving as a brilliantly bleak winter alternative to the cheery colour of that perennial Christmas favourite, The Nutcracker. In comparison to the work on his last full length, the EP leans much more toward the instrumental and remains largely free of the stark vocals that were present there, but retaining all of the gutsy, thoughtful minimalism of his other compositional pieces. As with all of his playing, it’s expressive and emotionally astute without being overly sentimental – no mean feat, for certain.

Broderick is at his best here when layering cascading piano lines on the swirling and heady intensity of ‘It’s A Storm When I Sleep’, but there’s also room for reflection on the redemptive and wistful closing track ‘Eyes Closed and Traveling’, which coincidentally might just be the most enjoyable way to enjoy listening to this remarkable little collection of diverse and beautiful recordings.