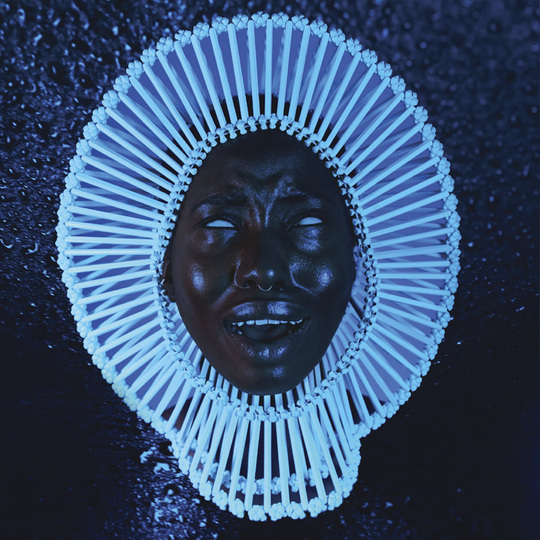 Donald Glover can’t sit still, or at least it seems that way. With his new television series Atlanta in circulation, it’s ever more proof that the man has an aching desire to penetrate every art form he can. Under his musician alias, Childish Gambino, he has already released two studio albums and one critically acclaimed mixtape prior to "Awaken, My Love!" The latter of his previous two studio releases, Because the Internet, rightfully received a Grammy nomination for Best Rap Album and currently is on the cusp of being a platinum release. With an accompanying virtual script, because the internet explored all the minutiae of what life inside of a digital world entailed in a complex and wonderful fashion, the sum of which amounted to a hip hop mainstay. But "Awaken, My Love!" is a sharp turn from that dazzling album in more ways than one.

Being a deeply creative soul, it makes sense that Gambino would want to expand his arsenal, but reaching for other musical stratospheres does not always equate with success. While Because the Internet was more like Gambino’s version of Songs in the Key(pad) of Life, things are different this time around. With "Awaken My Love!", he dials back the rap in favour of singing, delving into more neo-funk and soul stylings. The result is a record that is quite literally all over the place. 'Me and Your Mama' commences with promise, as a background choir chants over soft, pleasurable synths that invoke a David Bowie-esque, space odyssey feel. But once the beat transforms into a hard-rock rhythm, Gambino stretches his vocal chords to sing of a seemingly indestructible love. The next track, 'Have Some Love', is even less memorable, as he dons a Curtis Mayfield gait to sing a rather ordinary track about loving thy neighbour.

Probably the most puzzling and simultaneously frustrating thing about the album is that so many of the songs are buttressed by absorbing instrumentation. In the past, Gambino has a track record of turning these sonic whirlwinds into chronic mainstays, but often times the listener is left with only a poorly constructed outline of something begging to be great. Gambino seems to be kowtowing his way around instead of exerting himself fully into the material. Songs like 'Zombies' display an imaginative quality but Gambino doesn’t push for anything more, content with a sort of half-baked idea that is begging to be grounded in something much deeper. On 'California' Gambino opts for an upbeat, faux reggae with a splash of ska. While he gets points for creativity, the song is mediocre for a man of his stature, and barely registers as a somewhat catchy tune.

But there are definitely moments where Gambino gets the equation right. 'Terrified' sparks life into an album in dire need of it. Gambino sounds like Andre 3000 in his most electrified moments, bridging the gap between the type of trippy instrumentation and impassioned crooning that the former made into an art upon itself. With 'Baby Boy' he seems to sink into the synth-heavy beat with crawling vocals that seem spontaneous and gloriously calculated at the same time. He saves his best performance for the finale, 'Stand Tall', using his natural voice to paint a poignant picture of a man attempting to imbue his listeners with inspiration. Gambino’s raw, unadulterated vocals are much more penetrating than the funky crooner he dons for the majority of the album.

With the quite stellar output Gambino has released in the past, it’s surprising to witness him not take full advantage of the fetching instrumentation that the majority of "Awaken, My Love!" Is laced with. The singing in itself is not the issue, it’s the fact that Gambino seems content to just deliver half-baked performances instead creating utterly alluring moments that beg to be listened to again and again. What we get is an interesting departure from his usual work, but not interesting enough to create the eternal music that he is talented enough to execute. Sure, part of the problem is that with the exceedingly above average artist we are not satisfied with anything below par, but that is the nature of the beast in the world of art.