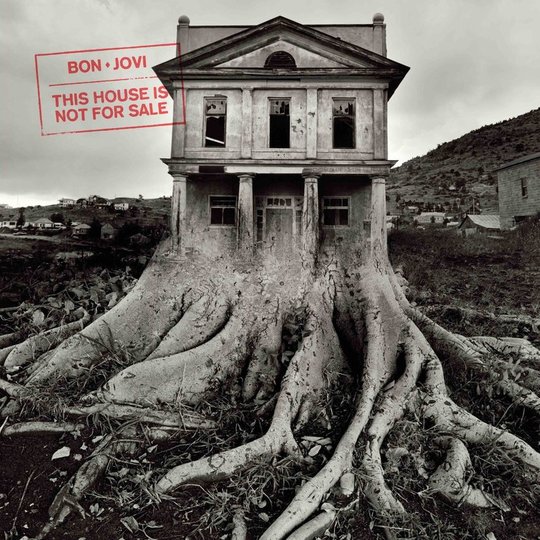 They’re an enduring thing, Bon Jovi. A recent Internet meme saw the immortal chorus of their 1986 bubble-gum metal classic ‘Livin’ On A Prayer’ coupled with images that would rhyme with its “Whoa, we’re halfway there” refrain, the best of which were Harambe on a chair, wizard at a fair and Weston-super-Mare. Even 30 years after their commercial peak – and in the phone-fondling hands of a tech-savvy, millennial generation to whom they don’t truly belong – Bon Jovi still permeate popular culture.

Originating from New Jersey, the band stormed the charts through the Eighties, riding the wave of glam metal’s mainstream dominance, a short-lived era brought to an end by the arrival of grunge at the start of the new decade. However, as many of their poodle-haired peers went the way of the dinosaur, Bon Jovi proved themselves a more chameleonic act, successfully pulling off an aesthetical and musical shift that saw them weather the cooler, more reserved Nineties, albeit with the odd perennially radio-friendly ballad thrown in to keep sales ticking over. The Noughties saw them break into another sonic territory, garnering chart positions, awards and acclaim for country-oriented efforts.

Now we come to the Bon Jovi of 2016, and, in ways, it’s a different one yet again. Recently grizzled, eponymous frontman Jon Bon Jovi remains flanked by the same rhythm section of Torres, Bryan and McDonald, but there’s a Richie Sambora-shaped hole within their ranks, This House is Not for Sale being the first album not to feature the guitar virtuoso, who left in 2013. It’s still business as usual, though and, having comfortably settled into a routine of heartland rock albums, it’s a case of the more Bon Jovi change, the more they stay the same.

There’s a discernible theme to the band’s lead singles over the last few albums – bittersweet chord progression, lyrics about being down but not out, then an eruptive chorus about unity and fighting back against a perceived threat to being a Bon Jovi fan. The title track fulfils that requirement here – “I set each stone and I hammered each nail / This house is not for sale” declares Jon in what’s most likely a thinly veiled metaphor for the band’s musical integrity. This middle-aged, apparent defiance is something they’ve instigated as far back as at least 2005’s ‘Last Man Standing’, in which he told them to keep their “pseudo-punk, hip-hop, pop-rock junk and digital downloads.” It’s predictable and expected here, but it gets the foot tapping. ‘New Year’s Day’ is similarly rousing, but anyone who’s ever felt this bright, breezy and reflective on the morning of January 1st hasn’t had a good night.

Elsewhere, it’s more candid, like the admissive ‘God Bless This Mess’ – “My voice is shot, I’m going grey / These muscles all ache / Don’t cry for me, I’m the life of the party” sums up an ageing band who can’t escape time, but retain a midlife self-awareness and acceptance of living up to past glories. Heyday Bon Jovi are arguably the ultimate drinking man’s band; from hardened metalhead snobs to pretentious of indie-folk hipsters, you should be sceptical of anyone who says they haven’t belted out a line of ‘You Give Love A Bad Name’ in a club, even if it’s with tongue in cheek.

The arena-filling sound that runs through modern music owes something to Bon Jovi, but This House… comes across more like their third-tier spiritual successors, comprised of forgettable dance-rock and schmaltzy slow-burners loaded with endless platitudes and those echoey, staccato guitar lines that bands do when they want to sound big. ‘Reunion’ hints at rekindling old friendships, perhaps standing as an open invitation for Sambora, with whom they're on amicable terms. Until then, this career instalment largely serves as a reminder of their heartier, diverse back catalogue.