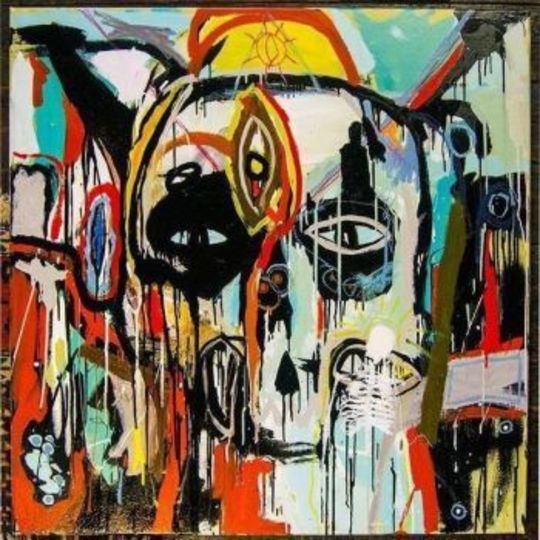 With the psychedelic rock scene showing no sign of grinding to a halt just yet, now seems as good as any for London based independent Fuzz Club to release the fourth installment of their much revered Reverb Conspiracy series. Having launched the first one back in 2012, a record that featured fledgling recordings from the-then relatively unknown likes of The Lucid Dream, Dead Skeletons and Lola Colt among many others, both the series and label has grown as one of psych's (as its come to be known) most respected of their kind.

Indeed, all of the previous Reverb Conspiracy compilations have acted as launchpads for some of the most well known acts in the genre and the 12 here are of a similar ilk. Some of them will be familiar having already made their mark in this or previous years. Others not so, but undoubtedly that looks set to change over the coming months.

As with the other three collections, The Reverb Conspiracy - Volume Four is curated by Fuzz Club founder and label boss Casper Dee. Compared in some quarters to the Nuggets and Pebbles garage rock compilations of the Sixties or even the NME's C80-whatevers of the 1980s. What sets The Reverb Conspiracy selections apart from other psych rock compendiums is the challenging level of diversity on offer here.

While the scene has been criticised for being too generic in places, these dozen pieces embrace the true meaning of psychedelia. Rather than conform to any given structure or template, each act offers their own take on mind expanding, boundary crossing, mostly escapist music that isn't afraid to tread where others would run a mile to avoid.

Some of the bands here have featured on previous Reverb Conspiracy collections, The Oscillation and Giobia being two. However, both acts' contributions are two of the album's most innovative pieces, the latter's diligently crafted 'Sun Spectre' clocking in at a mammoth fifteen minutes yet never once losing sight or momentum at any point. Meanwhile, The Oscillation's offering 'Kissing The Sun', follows a similar trajectory to their recent Monographic long player in taking inspiration from the classic motorik sound of underground Germany in the 1970s.

Elsewhere, two of this year's rising stars Josefin Ohrn + The Liberation and Ulrika Spacek both provide timely reminders as to why their debuts are among 2016's finest releases. Italian four-piece My Invisible Friend also put out their first EP for Fuzz Club this year and 'Endless' off that release is as fine a closing statement as any, offering nine minutes of swooning beauty that occupies the chasm between classic 4AD and Creation and the post-millennial noise rock of people like A Place To Bury Strangers.

Newcomers to the label The Madcaps and Pretty Lightning display opposite sides of the genre's all encompassing make-up. The former's 'Moon Night' takes its cue from West Coast Sixties pop in a similar vein to Allah Las, which considering its creators originate from Rennes in the north of France is probably quite a novel concept. Pretty Lightning on the other hand take ambient dream pop back its blues inspired roots. 'Graveyard Howls' is taken from their recently released fourth LP A Magic Lane Of Light And Rain and is incisive enough to make this listener want to check out their entire back catalogue as a result.

The rest of the compilation doesn't falter either, which is why we'd rather recommend its purchase than lazily run through the tracklisting. So what are you waiting for..?