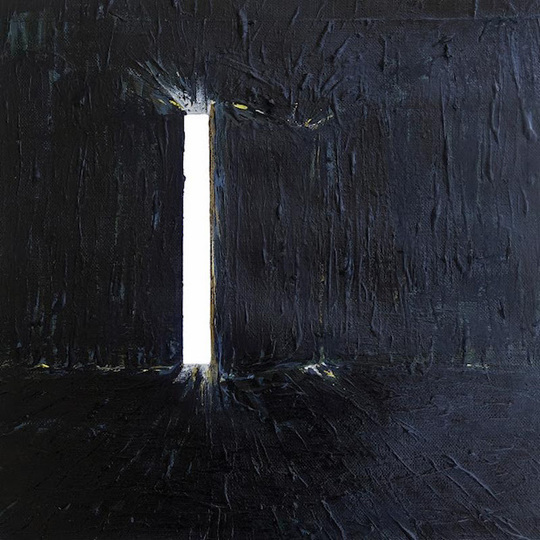 In his first solo release since 2009, David Pajo - aka Papa M - is finally getting back to work. Perhaps more significantly, this is his first output since his attempted suicide on Valentine's Day last year, so if nothing else, it is encouraging just to see the indie-rock virtuoso getting back to normal.

Not that there's really much indication of Pajo's personal struggles here. For while Highway Songs can easily be described as a 'dark' listen, but so is most of Pajo's output, long before any of his mental health issues became public knowledge. Highway Songs is largely instrumental, bar the final track - but we'll get to that - which shape-shifts between three fairly separate genres, broadly speaking.

The album opens with the sludge-rock jam 'Flatliners' which, along with 'Green Holler' and 'Bloom' later on, sound like Pajo's audition tapes for applying to be in Torche. This isn't necessarily a complaint, these tracks are unexpectedly fun - especially the speed-metal harking 'Green Holler' followed by its half-time counterpart 'Bloom' - turn from the twisted songsmith, but their generic qualities are noticeably traceable.

On the second and third tracks - there is a tendency to pair tracks together here - 'The Love Particle' and 'Adore, A Jar', Pajo rolls into Aphex Twin aping territory introducing some scattered break-beat electronics and some creepy samples. The second part of this mood piece, 'Adore, A Jar', however, introduces some of the sinister guitar work that made Pajo's most creatively successful project, Slint's Spiderland, a reality. In those fleeting moments, also seen on intermission piece 'Coda', Pajo's various experiments come together to form something rather beautiful and meaningful as well as haunting and chilling.

Highway Songs' third mode is acoustic folk music. On tracks like 'Dvld' and single 'Walking on Coronado' Pajo lets his gorgeous guitar playing do the talking. On the former, a single echoed guitar sweeps through a beautiful arrangement while on the latter, Pajo layers electronic beats and an electric lead guitar part over the top of an altogether more cheery guitar line, even if that 'cheeriness' is most likely quite tongue-in-cheek.

Still, while there are lots of intriguing moments on Highway Songs, for the large part, as an album it feels like some underdeveloped ideas put out as a finished product. Pajo is a clearly talented musician, he's been proving that for 25 years now, and his skewed view of how music works is truly singular and notable. Although initially a bit jarring, it is an interesting concept to listen to a record that attempts to meld metal, electronica and folk music all into one cohesive piece and at times, such as the aforementioned 'Adore, A Jar', Pajo even succeeds.

However, for the most part, these three strands don't really come together enough to form a whole. Other 'Flatliners' all the tracks here sit around the two-and-a-half minute mark, and while a couple of these can be seen as two-part tracks to form longer pieces, there still doesn't feel like enough time has really gone into properly exploring this well-formed but half-baked idea.

And then there's the album closer 'Little Girl'. As I mentioned earlier, 'Little Girl' is the album's only non-instrumental track and it features a particularly creepy turn from Pajo. If one is willing to read between the lines, it is possible this is Pajo's semi-ironic personal joke on his devastating relationship trauma now that he appears to be out on the other side of it. While I don't wish to project on a serious matter, it's difficult not to take notice of the song's main refrain "Little Girl/Teach me how to love again." over the top of a Guns 'n' Roses-esque heavy rock ballad, featuring strummed acoustic, cheesy, OTT guitar solo and rock-steady drum beat. As if this record wasn't jarring enough with its myriad of genres, nothing can really prepare you for this track, much akin to Bon Iver's 'Beth/Rest'.

So while it is encouraging to see Pajo active again, a fact that is perhaps more important than this album's quality, Highway Songs feels both like an underwhelming experiment with moments of greatness, as well as a highly personal piece which is almost impossible to penetrate. Though at it's best it sounds like an ode to the OST of Suda51's mind-warping video game Killer 7 at worst it sounds like a, possibly intentional, private joke that we the listener are not privy to.