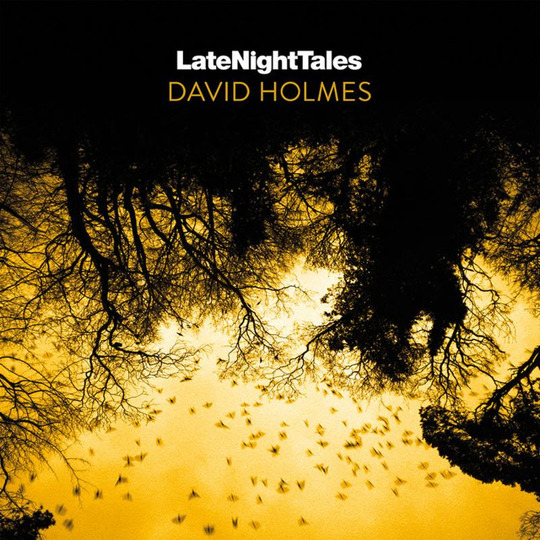 Residing somewhere between a thoughtfully-compiled mixtape and an odds-and-sods album, Belfast producer/DJ David Holmes' entry to the Late Night Tales canon is at once a love letter to the sounds that have informed his various scores, and a sonic panorama in its own right, exploring themes of mortality and relationships via meticulous curation of both Holmes' own work and of the songs selected alongside it.

Five unreleased pieces of Holmes' reside on the compilation in total, featuring collaborations with BP Fallon (reciting an excerpt of Seamus Heaney's Aeneid Book VI), guitarist Steve Jones, and a pre-fame Jon Hopkins, as well as production work of his for Belfast drone-pop outfit Documenta, and Monaghan vocal duo Song Sung, the latter a re-focus on 10cc's breathy synth classic 'I'm Not in Love'. Across these central pieces, Holmes' relationship with his homeland is teased out, and confronted in a different fashion in each, from reverence to the dead, to connections to the living. These are powerful pieces of music that serve as the cerebral and emotional anchors for this mix.

The wider long-player is a look into Holmes' wider thought process, haunting and considered, ranging from further examinations of kinship, with the inclusion of work from friend Keefus Ciancia (featuring vocals from actor Jeff Bridges) and countrywoman Die Hexen, to explorations of expanded musical curiosity via Spark Sparkle and Keith Fullerton Whitman, to the poignant inclusion of touchstones and influences of yesteryear in David Crosby's still-cavernous 'Orleans' and Buddy Holly's 'Love Is Strange'.

Taken as a continuous listening experience, Holmes' Late Night Tales is restless and ever-shifting, maintaining thematic coherence, visceral in its honesty, cerebral in its assembly. Holmes is a man well-known for soundtracks to films that don't exist, and in this latest instalment in the Late Night… series, Holmes seems to have scored an origin story of sorts, in inimitable fashion, snatches of places and time woven among some breath-taking selections, passing through the present moment as observed with an eagle eye, before being let to peace until called upon again.