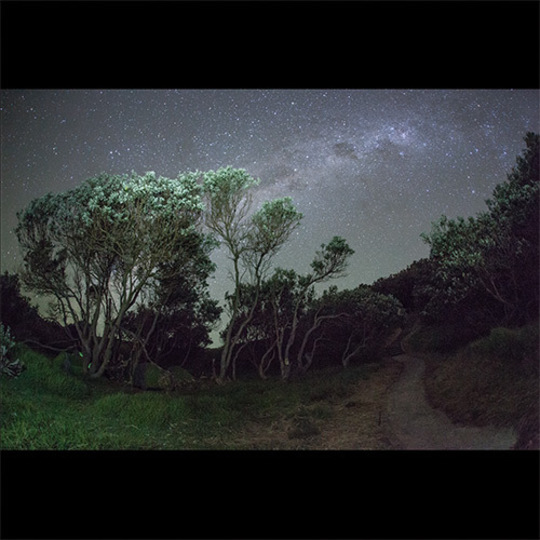 It feels tired to keep opening reviews with this line, but the world is going to shit, folks. It is headed for a disaster of biblical proportions. Old Testament, dear readers, real wrath of God type stuff. Politicians deciding to send bombs down from the skies! Forty years of Tory rule! Austerity, benefits cuts! Presidential candidates accusing voters of rising from the grave! The Labour Party being sacrificed, dogs and cats living together: mass hysteria!

Sometimes we need a distraction. We need something pleasant, whimsical and pretty to distract us from the real world. We need warmth, something dreamy, an aural hug to remind ourselves that our in our own inner beauty we can find strength.

And sometimes we need a soundtrack to impending catastrophe. It’s the end of the world as we know it and it will fucking well sound like it. Older Terrors, the fourth album from Berlin-via-Brighton’s Esben and the Witch, is this kind of album.

This is a multifariously terrifying record and it lets you know that before pushing play: just four songs, each of which is double digits in minutes long. It’s a seamless blend of ambient noise – and boy is there some noise here – gothic textures and a sound that falls neatly between punk and industrial post rock. This is a monolith of a record and it is unabashedly relentless. I listened to this while heading into work at 2am, cutting across a pitch black Tooting Common and up a deathly dark street; it was a terrifying experience but felt like exactly the situation this record was made to be listened to in.

Full of literary allusions – exactly as you’d expect from a band named after a dark fairytale – exactly what Rachel Davies is singing about is beyond your idiot reviewer. Her vocals though are more evocative, another instrument to set the tone of the album. A slowed-down Beth Gibbons, Nico once the heroin has worn off, she might have become overbearing if not outstandingly crafted into the songs. On ‘Marking the Heart of a Serpent’ (okay the song titles are a bit prog) her anguished howl is carried out into the maelstrom of Daniel Copeman’s percussion and electronica. Then on ‘The Reverist’ and ‘Sylvan’ there is a slight change of register – Davies’s range doesn’t immediately strike you as the greatest but pay attention and whaddya know? It’s more than decent.

Older Terrors is the heaviest album the band have released – a long way from their trip-hoppy beginnings – and the temptation must have been there to create a full-on storm of black and white oscillating noise. They’ve wisely avoided this though and the songs are given space to breathe. Even then though, there is a tension and an ominous mood to the quieter moments, where Davies is given centre-stage and the gaps between notes are as important as those played, before Thomas Fisher’s crunching, crashing, tight, tremolo picked guitar chops the music to shreds and Copeman’s frenzied percussion pummels them to pieces. Fuck your mollycoddling nice music. This is the album 2016 deserves, whether it finds it a particularly pleasant listen or not.