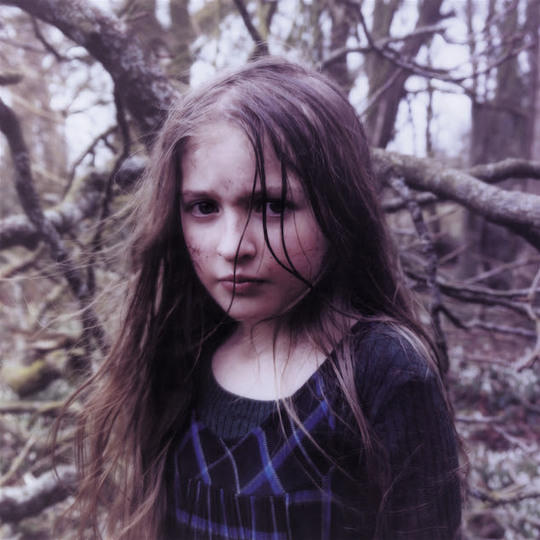 If there’s a point that needs making about the first Honeyblood record, it’s that a lack of original ideas on an album doesn’t automatically mean it’s lacking in substance. There was little in the way of wheel reinvention on Honeyblood, but besides that, they didn’t get much wrong; it overflowed with hooks and melodies, took a refreshingly direct lyrical approach and burned with the sort of verve and assurance not normally the preserve of debut efforts. The talking point shouldn’t be that Stina Tweeddale naming her band after a line from Hole’s ‘Gutless’ serves as evidence of her preoccupation with the Nineties. Instead, the focus should be on how neatly the word itself encompasses the duality that permeated every aspect of her style of writing; vicious words delivered in sugary tones, crunching guitars playing lines that lend themselves easily to whistling.

As far as first stabs at full-lengths go, Honeyblood was comfortably one of the more accomplished of the last few years and, accordingly, you wonder how much room Tweeddale had left herself for growth on album number two. Conveniently, the band’s trajectory over the past couple of years runs parallel with one of the overarching themes on Babes Never Die. Dogged determination and stoicism in the face of adversity course through this record and it’s impossible to view that in isolation from the fact that original drummer Shona MacVicar abruptly quit the band in September of 2014, mere weeks after the release of Honeyblood, apparently citing the unforgiving nature of heavy touring. It left Tweeddale as the group’s sole member, finding herself high and dry on the eve of a UK tour.

Happily, MacVicar’s hurriedly-appointed replacement, Cat Myers, has gone on to prove an uncannily good fit; anybody who saw Honeyblood before and after the change in lineup can attest to the world of difference that Myers’ physical ferocity behind the kit has made to their live shows. It was always likely to mean that the drum tracks would be heavier on the next record and that more or less invariably proves the case.

The wider implications of that are profound; superficially speaking, Babes Never Die doesn’t initially seem to have strayed particularly far from the sonic formula that served Honeyblood so well, continuing to deal in scuzzy guitars and slightly scratchy production. Beneath the surface, though, it’s clear that Myers has taken some of the weight off of Tweeddale, who no longer does all of the heavy lifting on her own. She chops and changes the tempo on cuts like ‘Sea Hearts’ and ‘Sister Wolf’, and keeps the guitars breezy on the title track and ‘Hey, Stellar’, where previously she might have been looking for all of the bite to be coming out her own amp.

The real triumph on Babes Never Die, though, is that Tweeddale cuts an emboldened, more confident figure throughout. The precise reasons why are open for speculation and the turbulence of a couple of years ago was likely one factor, but regardless of the root cause, this is an album preoccupied with ideas of grit and resolve, from ‘Sea Hearts’ casting off of societal expectation to ‘Gangs’, a stinging recollection of Tweeddale’s childhood surroundings in the rough and ready Edinburgh suburb of Oxgangs.

It’s a track that carries a similar message to, say, ‘(I’d Rather Be) Anywhere But Here’ from the last record - “don’t let your fear keep you here” - but that extra specificity is symbolic of how Tweeddale’s dug her heels in lyrically on Babes Never Die. She doesn’t paint in the same broad strokes as on Honeyblood, where a slew of songs about the complex nature of friendship were commonly mistaken for dealing with relationship breakdowns; here, we have unflinching examinations of both sides of that particular coin, from ‘Sea Hearts’ chronicling of a night on the tiles to the considerably less conciliatory likes of ‘Justine, Misery Queen’ and ‘Hey, Stellar’: “do you wish you hadn’t been such a bitch, or do you try hard not to think about it?” is one of several unpulled punches to land on the latter.

That there’s also room for moments as abstract as the Dracula-referencing ‘Love Is a Disease’ and the scintillating nod to Astrud Gilberto that is ‘Ready for the Magic’ speaks to how spectacularly the shackles seem to have come off of Tweeddale on Babes Never Die. It’s a weightier piece than its predecessor on the musical front, offering a much more convincing line in stormy atmospherics, but the real talking point is the poise with which Honeyblood have carried off a record on which they seem to have so completely trusted their instincts. Accusations of unoriginality might well surface again, but really, it’s not often you hear rock records that sound as boldly unburdened by the weight of expectation as this one.