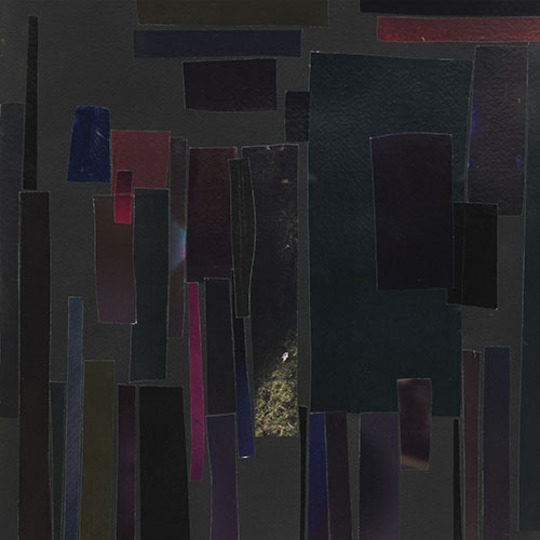 The most profound of our thoughts and feelings leave indelible prints on our memory. So I recall when I first heard Katie Gately’s 'Pipes' (early 2014, the start of my second semester at grad school, early evening, waiting for the bus), and where (slumped in a chair, in the lobby of the student centre) and in what state of mind (tired, frustrated, and leery of the other students around me). And I recall rising into the labyrinth that unfolded before me, discarding my books and notes to chase after cascading lights and dive into monsoons that spiralled like staircases. And to think - voice alone created this world of myriad texture! What read like mere gimmick in text had evolved into a wondrous creature of sound, sublime and mighty in its enigma.

'Pipes' wasn’t Gately’s first foray into her inimitable fractal vocals, and thankfully it’s not the last. After years of skirting the margins with EPs and splits, she’s finally embarked on a full LP – and man oh man, what a journey for both the artist and the listener. For this is no ethereal wilderness, no Stockhausen concerto, no musique concrete throwback: Color drives us straight into Paul Morley’s city of pop music, that pulsing hologram that contains and negates history in the same heartbeat. And yet, while all the components for hit songs are there – intriguing lyrics, rooms packed with enough sounds to dizzy the senses, irresistible hooks, even beats to shake yr rump to – Gately could spar head-to-head with Powell, Perc, Brood Ma or any of those other serious technicians that record fanatics slobber over.

What strikes the listener first about Color is this degree of impish swagger, the kind of outright bangin’ attitude that Charli XCX wanted in her Vroom Vroom project but failed miserably at. Gately can twine the unlikeliest of bedfellows with her alien voices and make them all swing in one beguiling dance, like the muted trumpet maze in “Tuck” and the satyr oboes in “Lift”. Both tunes ascend from mere collage work or sugar-spun pop thanks to the massive beats, crashing and slashing through the mix like machetes through the underbrush.

Less obvious is how easily Gately can transcend genre, as Color immerses us in so many disparate elements that we cease to think in terms of category. Within “Sift” alone, we flit between raging industrial rhythm, ominous fanfares that echo Laibach, bouncy techno, and simmering verses – and yes it’ll batter yr ears to pulp, but with such glee that the pain tickles instead of throbs. And then “Rive” veers completely from all this, into a stark, traipsing cabaret for dimly-lit alleyways. It’s the kind of shadowy deconstruction that reminds one of why Radiohead once tore the sky asunder.

Admittedly, the second half of Color isn’t as strong as the first. That’s not due to any fade in the fabric – the stately brocade of 'Frisk' is oversaturated in vocal hues – but a stiffening of the cloth. Indeed, the nine-minute title track threatens to shut down the album in ponderous dusk, taut and straight and steely gray; the weird ducky solo at the end saves it, but not enough to stave off the inevitable let-down that it’s not weird enough. 'Sire' comes close, mind – the tinny trumpet clarion calls and shuddering sheet metal crashes make for compelling and quirky opera, and the tidy little bow of an ending keeps it light. But the bric-a-brac composition that befuddled and delighted the listener so in the first 24 minutes seems more refined by 'Frisk' – and ergo, not quite as fun.

Perhaps Gately won’t yet usurp the throne of pop in the public sphere. But the zany highs – and even the not-so-zany lows – of Color conjure a fantastic parallel world, lightyears away from any other fighting contender, and still unforgettable in private lives (such as mine). The crossroads are a cliché, but the path forward from here is not straight nor solitary. To the sky? Under the earth? To the heart of the city? Or to the cosmos above, beyond the mundane, beyond anyone’s expectations? The ball’s in your court, Gately.