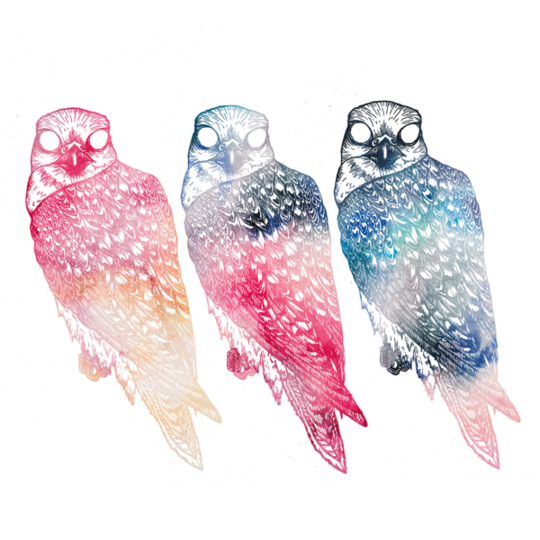 Melbourne four-piece Flyying Colours first came to my attention in the summer of 2013 when debut single 'Wavygravy' first dropped. Sparse and ethereal in sound but with a harsh, cutting edge reminiscent of Seattle's finest from the late eighties/early nineties. It paved the way for what was to follow, whilst opening many ears and eyes to the beautiful noise happening in Australia's most culturally vibrant city. It also brought them to the attention of esteemed London independent label Club AC30, who would subsequently go onto sign then release their following two EPs and first long player.

Nevertheless, the line-up and dynamic of the band that put out 'Wavygravy' (and Flyying Colours EP which it was later re-issued on) was very different to the one that stands before us today. While core and founder members Brodie J Brummer and Gemma O'Connor shared a vision from the outset, its undoubtedly the changes in personnel - namely with the rhythm section from brothers Sam and Joshua Dawes to current incumbents Melanie Barbaro (bass) and Andy Russell (drums)- that have seen them fulfill their undoubted promise.

Because here on Mindfullness, their long-awaited debut, they've not only managed to capture the explosive intensity of their live sound, but also created an album that pushes the envelope several steps beyond their previous releases. Which in fairness is something Flyying Colours have managed to achieve in spades from the outset. Furthermore, Mindfullness is made up of ten previously unreleased compositions. Which is the sign of a band striving to move forwards at every possible juncture rather rather than play it safe and rely on past glories.

Anyone fortunate enough to witness any of their inaugural UK shows last May will have noticed a band in transition, but ultimately finding a favoured direction that once reproduced on tape, bore all the hallmarks of a classic. While Mindfullness doesn't quite fall into that category, it ticks all the right boxes while providing a pathway towards future greatness.

Although undeniably in thrall to the halcyon days of the shoegaze era – opener 'It's Tomorrow Now' and fellow reverb-heavy juggernaut 'Sun Hail And Rain' both owing a large debt of gratitude to Catherine Wheel as shining examples – Flyying Colours possess a distinctive sound of their own. Mainly down to the twin vocals-and-guitar crescendos of Brummer and O'Connor, whose combined presence turn the aforementioned opener into a blissful yet cathartic three-and-a-half minutes of perfect, summery dreampop.

While Flyying Colours have perfected that formula over the past couple of years, it's on expansive numbers like reflective widescreen epic 'Mellow' and echo-laden instrumental 'Roygbiv' that they really come into their own. Brummer and O'Connor's genteel vocal interchanges on the former eerily reminiscent of Neil Halstead and Rachel Goswell from Slowdive's earlier recordings while Barbaro's driving bassline weaves intricately through the sonic maelstrom around it. On the latter, entitled after but not included on their second EP from last year, its the perfect axis where post-rock and ambient shoegaze meet and become firm lifelong friends. Or in musical terms like a soiree between Disco Inferno and Bark Psychosis.

'1987' may very well be a tribute to the year in question but to these ears it could just so easily be a hazy rewrite of The Lotus Eaters' excellent 45 'The First Picture Of You', while the dreamy, if slightly sombre 'This Is What You Wanted' builds and fades in a similar time structure to The Cure's 'Charlotte Sometimes'. Which again ably demonstrates the wide palette of ideas and influences that went into making Mindfullness.

The title track itself is the nearest Flyying Colours come to the shoegrunge/grungegaze tags they found themselves littered with during their embryonic period. Loud, sludgy and visceral in every sense, it provides the angriest four minutes on the record and also a stark contrast to the delicate tones of 'When' which brings Mindfullness to a sedate conclusion.

Ultimately, Flyying Colours have delivered a debut they can be proud of which can only bode well for the next chapter of their blossoming career.