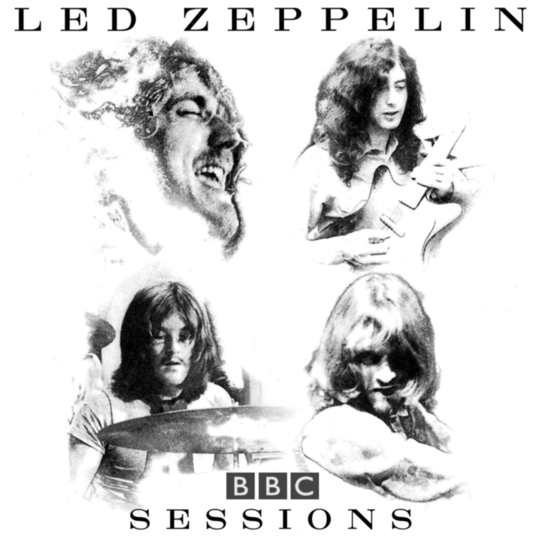 Do you remember when young people used the word bitchin’? I can’t remember when it went out of fashion and, being a prematurely old man yelling at a cloud, I’m still not entirely certain what bitchin’ meant. But I am pretty certain that if ever a band was bitchin’, then Led Zeppelin bitched: The Complete BBC Sessions simultaneously kicks serious arse (or, if you’re the kind of person who said bitchin’, then ass) and is somewhat problematic.

First, the good times. Questionable originality aside, these songs sound awesome. Twenty-year-old Robert Plant’s voice in 1969 is a thing of wonder: as raw, powerful and growling a falsetto as you will ever hear. The way he howls his way through ‘Dazed and Confused’ would make Screaming Jay Hawkins proud.

Similarly Jimmy Page’s guitar riffs have a real physicality to them. We know how good ‘Whole Lotta Love’, ‘Immigrant Song’ and ‘Black Dog’ are. The arrangements here are the same as those on the How the West was Won live album; we heard these exact recordings when the original BBC Sessions album was released in 1997. Yet turning the re-release up to full volume imbibes Jimmy Page’s riffs with the ability to punch you in the face and the rhythm section matches him: when John Bonham cuts loose for the chorus on ‘What is and What Should Never Be’ he makes you want to do to an air drum kit what Jason Statham does to a henchman’s face.

All of which is made possible by a remastering process overseen by Page. The improvement in sound quality on the re-release is remarkable; the songs, incredibly, sound even meatier and more imposing now. Page and Plant still sound dirty and animalistic but now they sound like they’re doing so in the same room.

This is also a reminder of what a tight band they were when performing in the studio: Page and Bonham might have reputations for guitar and drum wankery respectively, but they rarely stray off line here. Plant, too, could show restraint as demonstrated on the beautiful pairing of ‘That’s the Way’ and Joni Mitchell tribute ‘Going to California’.

The nine 'new' songs, which comprise disc three, do feel a bit like fan service for those who were upset 19 years ago at the absence of the ‘Sunshine Woman’ sessions. While it is a treat to hear the previously unreleased eponymous stomp and a blistering ‘White Summer’, it does feel as though they’re stretching it in expanding the number of renditions of ‘Communication Breakdown’ from three to five.

Retrospectively though, there are problems when considering the Zep. When they sang about women there was normally only one context. “Way down deep inside, honey, you need it ... I want to be your back door man ... Baby I've been drooling” goes ‘Whole Lotta Love’, so over the top it could be parody. “Take my hand / Child, come with me ... You will be mine / By taking our time” are somewhat weird lines from ‘What is and What Should Never Be’.

This in itself isn’t the problem. I can live with Led Zep’s sexist lyrics in isolation: they’re the ultimate rock dinosaurs, an emblem of a bygone era, a band who sound fucking fantastic but are impossible to take seriously thanks to Spinal Tap. The problem is that this is the band associated with Lori Maddox, mudsharks and countless other lurid groupie stories. And they’re playing at the BBC in the late Sixties/early Seventies. It's difficult to not at the very least feel reminded that this was a very different time and place, and not one we should just blithely celebrate.

The Complete BBC Sessions is an easy album to enjoy. Just best not to think about some of the context too much.