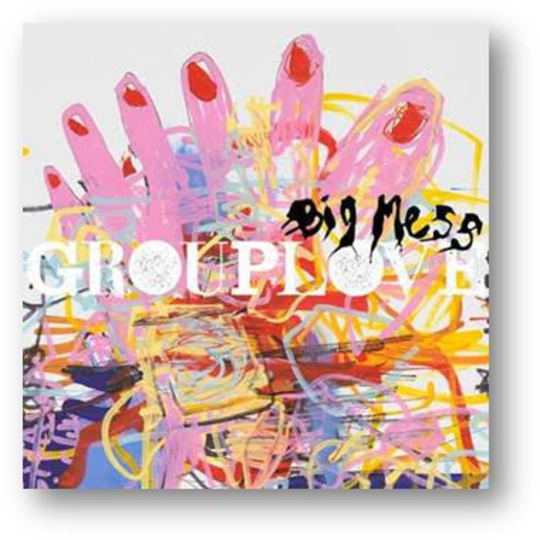 The other week, I read an op-ed from an American college student, arguing the case for big businesses in downtown Athens, GA. The case? Lines are long for that treasured chai latte! Why should a student care where their money goes to when they’ve got five minutes between classes? Fascinating, innit, how a group of rich entitled brats can demand so much for themselves from a community that was never theirs to begin with.

A few weeks further back, Grouplove popped into Triple J in Australia to cover Dune Rats’ boozy dude bro anthem 'Bullshit'. When asked how they ever heard of the tune, Hannah Hopper says, 'We just consider ourselves locals by this point.' There you are again – rich interlopers (this time from Los Angeles) invading on a space and claiming a foreign narrative as their own, only because they’ve touched down on Auckland once a year since 2012. That’s the crux with Grouplove: no matter how much they try to rep themselves as the quintessential party band, they remain too far removed in their own bubble of luxury and libidinous freedom to resonate outside the circuit of the self-congratulatory, 'indie' major leagues. Spreading Rumors was little more than a contractual follow-up to one standout single, ‘Tongue Tied’; and, likewise, Big Mess is hardly much more than ten stabs at reclaiming a relevancy that was only marginally theirs to begin with.

Honestly, what can Grouplove claim as their own? They pull gimmicks from the modern world into their already gimmicky gloss – the snap-and-clap of the gutted trap on opener ‘Welcome To Your Life’, the melodramatic piano employed to impart gravity on the fortune-cookie musings of ‘Enlighten Me’, the textbook alternative rock riffs and the chummy “hey!” on ‘Heart of Mine’. Christian Zucconi’s puerile falsetto still matches up with all the other pseudo-sensitive indie frontmen of his day, and still ingratiates the ears with its polished imperfections. The utterly middling, jingle-jangle power ballad ‘Spinning’ is a particularly irksome example, with both Zucconi and Hopper begging like Bible salesmen for penitence.

This open pirating of pop tropes would be tolerable if the pretty heads of Grouplove could devise an original thought beyond (or even within!) pre-adolescent romance. But alas! Even ‘Traumatized’, a derivative rawk song in a vaguely Pixies/Breeders mold, presents married life from a pre-pubescent perspective – “YEAH SHE’S MY FUCKING GIRL”, Zucconi shouts as he points us to his sleeping wife. He skims over the tribulations (“yeah, it never seems to end, he says, after only listing one chore, letting the cat out the back) to cut to the lovey dovey promises. Oh my, and ‘Enlighten Me’ – I can just see a dude bro now, hitting up someone with the classy pick-up line “I don’t know if my life is real…won’t you enlighten me?”. Maybe he’ll be more successful than Grouplove, who couldn’t even entice a dog in heat – the closest they come is on the utterly celibate 'Don’t Stop Making It Happen', with the abysmal hook “all the girls on the internet / in a private chat, yeah, getting wet”. If that’s how these guys masturbate – inert, passive, via proxy - then I’d rather fuck a broom.

At the very least, Big Mess deserves minor plaudits for one decent romp, 'Cannonball'. No, it's not a Breeders cover, but if the lot had any sense, they'd lob this one at every college radio station. You'd think that Zucconi would bomb at rap - and he does, but he doesn't completely embarrass himself. You'd also think that the exuberant, get-down chorus would clash with the slick electro verses - and it does, but in a pop album where everything else runs smoothly and without incident, a little clashing livens the party. On the whole, though, Grouplove have done nothing to deserve our attention. Like needy college students – really, like 90 percent of other indie pop bands – they ask us to join them in a stable, homogenous world where everything revolves around them. No, Grouplove, you can’t build your Urban Outfitters here. No, you’re not a big mess. Learn to see the world as someone else’s, and then we can talk about love.

How To Ruin Other People's Futures