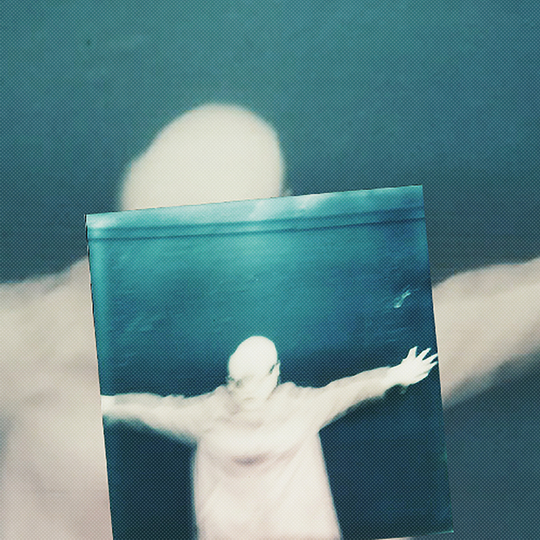 What is this art we call songwriting? What alchemical ingredients do we need to project a song directly to a listener’s nervous system? Many mystify the process, speak of notepads as lightning rods, studios as arbiters of fate, visions of full orchestras in their heads that must be extracted and captured in an instant before they flit off like spirits. Likewise, these folk channel inspiration with arcane methods: cottages in the country, piles of books, extended investigations, particular coffee houses or brands of wine.

Perhaps some artists need that mystique to invent anything worthwhile – but the most wondrous of alchemists seem to conjure gold from far fewer components. When you peer into Law Holt’s twisted electric pop, only four elements swirl in the mix: guts, diaphragm, melody, attitude. She may have borrowed a few sparks from Young Fathers – after all, they did work together for her first EP, Cowboys & Hustlers - but rest assured, City is a treasure of Law’s own design.

From the outset, City defines itself with compact structures, three-minute songs with only chugging drum machines and hard-wired riffs crackling under the melody. And yet, despite the stark layout, Law flows through myriad styles. The itty bitty beat behind ‘Best of the Year’ reflects the tender pillow-talk at its center to a tee, . ‘Easy for Love’, on the other hand, hums with eerie serenity, as if Broadcast’s bewitched union of electricity and humanity was wrenched from its European nebula. ‘Love Drive-Thru’ mixes the pot even further, melding the militant splatter of M.I.A with enough skittering shades to vie for a spot on Massive Attack’s last EP. And how to even describe ‘It’s Inside Us’, but as scarlet pistons flaring, needles boring into effigies, a string wound tighter and tighter until it snaps?

Without Law, these would only be impressive feats in mental engineering. But our heroine and potential alchemist possesses a voice of multitudes, with such magnetic force that the listener could not dare pull away. In a lesser singer’s hands, ‘Down Boy’ would have just shuffled off as a quirky throwaway, maybe an outtake from Tricky, with its dainty stabs of auto-harp. But Law snarls with delicious contempt, glowers with palpable pride, belts soul into the steely curio. On other songs, like the wobbly 'Closer To That', you’d swear that at least three different vocalists must have joined the session, but no – the bottomless Nina Simone-like drawl and the sweeter pop tones belong to the same dynamo.

Given this bold chemistry between expression and modulation, one would expect nothing short of revelations in the lyrics. And indeed, ‘Closer To That’ promises some sly vitriol, as Holt sits back and watches passersby on the train: “another man comes, another man goes / and they all look the same”. This observer’s stance excites me, as pop songs rarely position themselves outside the cycle of heterosexual romance. Alas, Holt doesn’t maintain such a stance – refer back to ‘Best of the Year’, and also see the underwhelming, saccharine techno of 'Summers Coming'. Granted, a closer listen to the latter reveals that the idling mood might be intentional, as Law laments on her lover’s wasted potential.

At any rate, she does assert herself as a defector, like on my personal fave, the Suicide-at-the-disco ‘Just Another Break Up Song’. “I just wanna go out and party / I don’t care about pleasing nobody / I ain’t one of you hard-working citizens”, Law cries, and she sounds far more likely to start a scene at the club than, say, Charli XCX. Likewise, on the truly audacious ‘Spit’, against machines spewing sparks and steam, she channels her loneliness into a raving anthem.

At the end of the day, success in this alchemical process we call songwriting depends not on components. Can I, as a listener, dip into City and sense the same breadth of human emotion that the artist claims to pour into it? Oh, yes. Yes, yes, yes. Law hasn’t quite forged gold yet, but she’ll still send you backstroking through seas of riches, waves of anger and love and joy.

and the Anonymous Nobody...