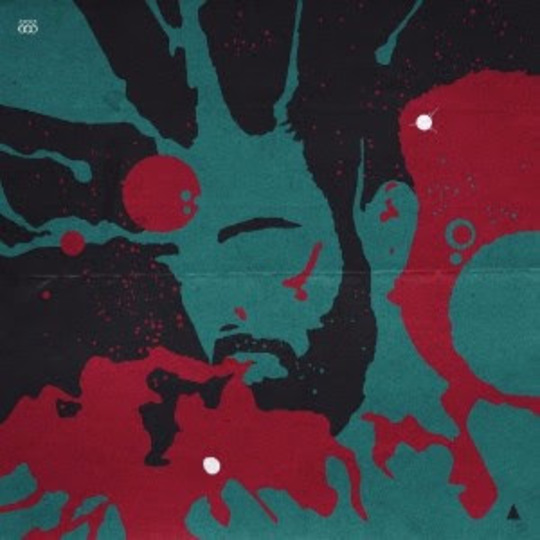 After getting bored of the limitations of conventional bands, Jonathan Bates decided he didn’t need a band to create the music in his head. He got a laptop, loaded it with programmes and software and started making music under the name Big Black Delta. His early releases ran that thin line between experimental noise and pop mastery. Last year, Bates decided he was bored of the limitations of conventional music structure and decided to fund his next album himself. After a few months he had acquired enough through Pledge Music to fund and release the album in his head. That album is Trágame Tierra. While it isn’t the most polished album of Bates’ career, it is his most honest and refreshing.

‘H.A.’ kicks the album off with a series of electronic blips and beeps, then some celestial vocals appear and you’re immediately transported to deep space. As the song fades out the beeps and blips return. What is remarkable about ‘H.A.’ is that during its two-and-a-half-minute duration there is no bass or beats and has the consistence of steam. You can see and feel it, but there isn’t anything to grab hold of. After the ethereal opener, ‘Steer the Canyon’ sounds jarring at first. You have to remember that songs generally have bass and drums in them. But it is the bass and beats that are the standout moment on this track. They have a call and response effect to that. At first it’s slightly disorienting, but after a few listens it pulls you in.

‘RCVR’ is the big Eighties pop track that Bates has always hinted at. Walls of synths repeatedly pummel our ears while Bates and Debbie Gibson’s vocals tend the damage. ‘Bitten by the Apple’ is a slower, raunchier version of ‘RCVR’, but without the massively catchy chorus. ‘Kid Icarus’ is one of the stand out tracks on the album. I hope it’s written entirely about the classic Nintendo game of the same name. But unlike the game it’s relatively easy to make it to the end in one piece. ‘Well My Heart’ and ‘Its OK’ sound like a Talking Heads cover, all euphoric and ecstatic but with fast synth basslines and retro beats.

The title track closes the album. This ten-minute-instrumental doesn’t really fit in with the previous nine tracks. Instead of being a synth pop, it’s just tonal noise. But after listening to the album on loop you realise that 'H.A.' and 'Trágame Tierra' are like musical bookends. They are totally contrasting, musically speaking, but they complement each other, and the album perfectly.

At times Trágame Tierra sounds like a lost collaboration between Yello and The Residents. It is chocked full of majestic pop hooks, but these are offset by ad-hoc rhythms and synths. Trágame Tierra is a remarkable album, but you’ve got to give it a chance.

Wow to the Deadness