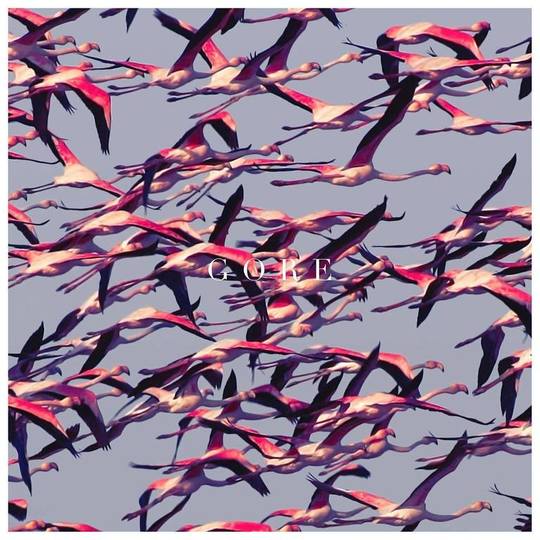 Deftones have been going for 28 years. If that’s the first time you’ve realised that, I know there’s a rapid plethora of emotions involved in the typical response. First of all, it’s surprising to realise just how young the three remaining original members were when they started playing together; frontman Chino Moreno, for instance, would have been 15. It’s sobering, too, to realise just how far behind the carefree days of skateboards, baggy shorts and Adrenaline are for so many of their long-standing fans. And then, once this particular little nugget of information’s been processed properly, you’re actually left with a positive feeling as you cast a nostalgic eye over the Sacramento outfit’s back catalogue - Deftones are more than a band. They’re survivors.

For their entire adult lives, the founding trio of Moreno, guitarist Stephen Carpenter and drummer Abe Cunningham will have been living in each other’s pockets. Put any group of friends in that situation for so many years - especially in the context of the distortion of the real world that is the life of a touring musician - and they’re bound to want to wring each other’s necks more times than they could count along the way. There’s been plenty of intra-band turbulence where Deftones are concerned, particularly in the mid-Noughties, when Moreno and Carpenter’s relationship deteriorated to the point that their only real misstep to date, Saturday Night Wrist, took more than two years to make - an age in Deftones terms - and still sounded half-arsed.

Plus, they’ve had other storms to weather. They made their commercial breakthrough in 2000 with White Pony, a fabulously ambitious piece that deftly worked everything from trip hop to shoegaze into the band’s sonic palette, and yet the press still saw fit to lump it in with the temporary break with sanity that was nu metal, a genre that had long since ceded any semblance of credibility to the likes of Korn and Fred Durst. Their label, Maverick, began to gripe that White Pony didn’t have enough obvious singles, presumably hoping for something that could compete with the sophisticated likes of Crazy Town’s ‘Butterfly’ or Limp Bizkit’s seminal ‘Rollin’. An incensed Moreno took the album’s closer, the slow-burning drone of ‘Pink Maggit’, and reconfigured it to create the furious ‘Back to School’. It remains one of their biggest hits.

In November 2008, after the band had spent some time working their way out of the malaise that Wrist represented, bassist Chi Cheng suffered devastating injuries in a car crash that, ultimately, he wouldn’t recover from. Eros, the already-finished follow-up to Wrist, was postponed - it’s now been shelved indefinitely. The group channeled the turmoil that Cheng’s tragic accident generated into 2010’s Diamond Eyes, an album on which the consistently aggressive approach is offset by polished production and which, like its successor, Koi No Yokan, is a strong contender for the title of the finest full-length of Deftones’ career. No band this far down the line has any business whatsoever being in this rich a vein of creative form, but on both of their two most recent albums, Moreno and Carpenter seemed to have finally nailed the formula and the sound that has defined them for so long - that perfect balance between melody and punishing volume, between sensuality one minute and outright savagery the next.

Gore is their eighth album, their third since Sergio Vega replaced the incapacitated Cheng, and their first since Cheng passed in 2013. Like Diamond Eyes and Koi No Yokan before it, it is built on a foundation of a carefully-controlled, tense and taut relationship between Moreno’s natural inclination to gravitate towards deft vocal lines and Carpenter’s sharp appetite for crunching metal guitars. Cunningham’s dextrous percussion - thunderous one minute, subtle the next - also plays a key part. It’s tempting, in this respect, to think of these last three LPs as a trilogy, and not just for contextual reasons.

There’s been clever sonic shifts between each record and they continue on Gore. The band stop short of total reinvention, but the difference in feel and tone is absolutely palpable; Diamond Eyes set belligerence against varnish and Koi No Yokan played like a long mood piece, thick with angst and atmosphere. Gore, though, has its eyes set firmly skyward. It feels like the lightest, airiest set of songs that Deftones have put together in quite a while, and whilst that is of course within reason - there’s no dearth of bone-crunching guitar work - it does perhaps explain why Carpenter caused a stir in the press in the lead-up to the release by claiming that the record was not the one he’d hoped to make. Opener ‘Prayers/Triangles’ has Moreno screeching his way through the breakdowns, but the soaring chorus is positively arena-worthy, and for every cascading turn that the rhythm guitar takes, there’s some crucially important twinkling notes, too, that counter brutality with prettiness.

Moreno’s flexibility has long been one of the most potent weapons in the Deftones arsenal, and again it’s front and centre on Gore. ‘Hearts/Wires’, a standout, bubbles with menace throughout; the guitars are edgy, paranoid, and Moreno’s vocal simmers from start to finish, swelling when he reaches the chorus but never quite taking off like we know he can. There’s value in that restraint. The closer, ‘Rubicon’, is another case in point; walls of guitar and reverb that hit home without being overblown, that are summon a tangible mood without smothering the listener, and that are complemented gorgeously by a tortured Moreno turn: “this record’s ours to break - the more we build, the crowd goes wild”.

Most of all, there is a poise and elegance to the way in which Deftones have carried this record off that you have to admire; they recorded in fits and starts, short sharp sessions for a couple of weeks every few months, and the result is that they’ve produced an album that’s bursting with evidence of intelligent refinement. Frank Delgado, the man behind the band’s electronics, has had a field day, sprinkling Gore with neat effects like the sound of frantically rewound tape at the end of ‘Acid Hologram’ or the woozy outro to ‘Phantom Bride’, somehow doom-laden and blissed-out both at once. Cunningham, for his part, effectively dictates the pace at points, with ‘L(MIRL)’ and ‘Geometric Headdress’ both driven by erratic, off-kilter percussive work. There are songs on which Carpenter was the primary songwriter, too, and it wouldn’t take a genius to point them out in a musical lineup. He remains in thrall to metal, which largely means that the compositions on which he takes charge feel like blunt instruments, but at least he covers both the old and new guard; the unforgiving ‘Doomed User’ conjures classic Sabbath, whilst the unpredictable title track, with its awkward tempo, surely nods to avant-garde metal supremos Meshuggah.

What’s been interesting about the buildup to, and coverage of, this record is that the more prominent alternative outlets have begun to pay attention to Deftones again, a sure consequence of the lavish critical praise that their last two albums enjoyed at the heavier end of the rock press. Parts of Gore sound warm and inviting on the surface, and it’d be easy to be tricked into thinking that this is the most accessible album they’ve made in a good long while - so what better time for the likes of Rolling Stone and The Guardian to suddenly prick up their ears, right? In actual fact, though, this is a record of sweeping complexity, that captures the raw energy Deftones have always thrived upon without eschewing the benefits of an intelligent eye being cast over the production. That’s exactly how Gore plays, and, really, it’s how this band always has - halfway between calculation and chaos, thoughtful and violent at the same time. There might well be tension behind the scenes, but if there is, Deftones don’t half wear it well.