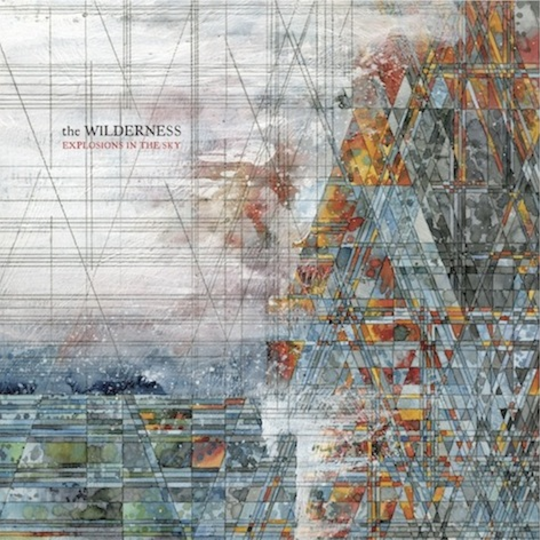 The world was a very different place in 2001 when Explosions In the Sky dropped their second record, Those Who Tell the Truth Shall Die, Those Who Tell the Truth Shall Live Forever, amid a wave of controversy. Although it was officially released on 4 September 2001, rumours circulated suggesting the album (whose cover depicts a plane, with the caption, ‘This plane will crash tomorrow’) was released on 10 September just before the attacks on the World Trade Centre and conspiracy theories ensued. Of course the band always strenuously denied the absurd claims. The intervening years have been and continue to be indelibly marked by that fateful day, and Explosions In the Sky have ploughed on with their particular blend of post-rock alongside contemporaries Mogwai and Godspeed You Black Emperor.

Their particular take is not and has never been one of lo-fi introspection. Although, on The Wilderness the band do seem more buoyant, their apocalyptic constructions have been replaced with more hopeful compositions. The opener ‘Wilderness’ is full of such optimistic promise. The band build layers of flickering guitar and shimmering cymbals - as they are so often want to do - until a shock of percussion breaks the spell with high emotion. It’s a grand opening swell and a good indication of the albums preoccupations.

‘Have You Passed Through This Night’ from Those Who Tell The Truth sampled a monologue from Terrence Malick’s film The Thin Red Line, and many of these compositions are filled with the wide-eyed wonder of his pictures. ‘Colours in Space’, for example, begins as a minimalist abstract exploration, builds into a journeying theme and ends in a wall of white noise: ‘Infinite Orbit’s’ infinite repetition employs sparse, yet meticulous layering and introduces a guitar riff that goes for the heart strings: ‘Losing the Light’ has a hum like electricity, longing strings and echoing synths that create a cosmic odyssey. These are big, sweeping grandiose statements not narrowly focused musings on the banal minutiae of everyday life.

And twas ever thus for Explosions In the Sky. It is how they have captured the imagination of listeners since their début, but what they have often failed to do is expand or experiment with that sound. This record, like their two most recent long players, can retread old ground a little too often. Tracks like ‘Tangle Formations’ is dogged by overfamiliarity.

The album is most successful on the more experimental songs. ‘Logic of a Dream’ begins like a call to war full of military percussion and distant wailing voices, which is all quite disturbing. But it then shifts and all those swathes of noise wind down into a sweet lo-fi twinkling tune. It is the album highlight that explores the lack of logic in dreams - they both shatter and sooth by turns. ‘Disintegration Anxiety’ is frenzied, but the tightly executed wound up guitar riff-age and propulsive thump are highly convincing. As is ‘The Ecstatics’ blippy, glitchy bellows that aerate and deflate. It’s moments like these, when the band stretch themselves, that are most satisfying.

All in all Explosions In the Sky still retain their vitality in strong melody and melodramatic disposition, it’s just at times you wish they were a little more daring. Still, folk who are already fans of the band are likely to be happy with yet another solid effort, and newcomers will find them for what they are - only, this time, they have a twinkle in their eye.