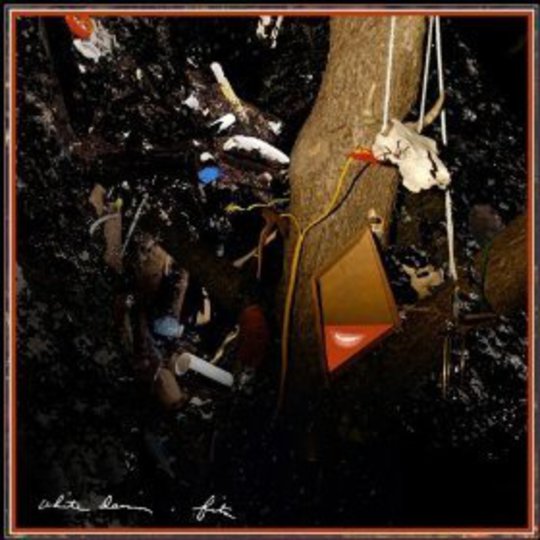 Garage rock is perennially on the verge of being in fashion, it would seem. From humble, unrecognised beginnings with MC5 and The Stooges, it went into hibernation before morphing into the trashcan stomp of Jon Spencer and Neil Hagerty, hitchhiked for a short while on the grunge bandwagon until it crashed over the canyon, before rising once more and conquering the world’s stadiums with the bastardised blues of The White Stripes.

Yup, garage rock is the perennial phoenix of rock‘n’roll, evermore the ‘next big thing’ in one form or another. So, hearing White Denim described as a ‘garage rock act’, it’s hard to stifle a small sigh and ready oneself for an in vogue fuzz ridden album full of half-conceived hooks.

A small sigh that would prove to be misguided, should one have heard the opening track of Fits. Naming a track 'Radio Milk How Can You Stand It' means one of two things: either they’ve named a brilliant song brilliantly, or the brilliant name makes up for a distinct lack of brilliance within the actual song. Thankfully, in this case, White Denim have done the former, chickenscratch guitar squall and madcap saxophone cutting above the heavy beat of the rhythm section. The vocals are pegged way back in the mix, lending the whole thing a slightly submerged feel, which is welcome given the treble-heavy production that seems to be so in favour right now.

Like the opening track, a first listen through of Fits is incredibly confusing and disorientating. It’s not unlike (hear me out) listening to a Mars Volta album, such is the surprising denseness of the production and the clawing guitarwork showcased throughout. Vocals are yelped, Hendrix-like, completely indecipherably for the duration, and passages of guitar hum and howl dot the often unconventional sounding tracks. And then, around 15 minutes in, and having built up a ferocious head of nostalgic steam, it all comes to a bizarre, gutwrenching halt, from which it never really recovers.

The fact that over the previous five tracks the band have displayed something, that, whilst not original, could certainly be be classed as exciting, makes the sudden shift into whiteboy soul even more confusing than things already were. The howling Jimi-isms of 'Say What You Want' are even more confusing when sat next to the MOR dullities of 'I’d Have It Just The Way We Were', which is less the intended Isley Brothers and more the unintended suncream commercial soundtrack. And let’s put the half spat Spanish verse of 'El Hard Attack Dcwyw' cheek-to-cheek with the cloying romantics of 'Regina Holding Hands' – no, definitely no contest there.

But what makes it all the more infuriating is that the band clearly can write slower tracks. The glistening, surf sheened instrumental ‘Sex Prayer”, whilst perhaps not reaching the giddy heights of the opening track, shows that soft doesn’t always mean weak, insofar as White Denim are concerned.

And as 'Syncn' lilts to a close, it’s hard not to feel that White Denim would be better if they channelled a little of their chaotic diversity towards consistency, and focused upon being the very biggest, dumbest and craziest bunch of garage revivalists, rather than striking towards a uniqueness that is momentarily out of reach.