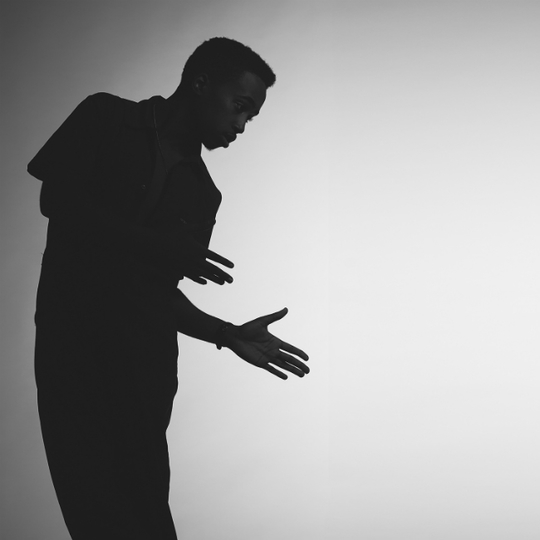 In recent years the flamboyant multi-instrumentalist pop star has faded to a distant memory. Gone were days when one artist was responsible for everything committed to tape. Gone were the days when the credits read 'Written, produced, arranged, played and artwork designed by …'. But just like Nirvana t-shirts, political stand-up and Sixties-style jangly guitars, it’s come back into fashion. One of the musicians leading this revolution is Bryndon Cook and his Starchild & The New Romantic project. While his name might not mean much his CV might. Cook is guitarist for Solange, Kindness, and Chairlift, to name three.

EP Crucial starts with the slow burner 'All My Lovers'. Swirling synths and provocative guitars riffs, coupled a bassline that has late night love written all over it – it’s the perfect introduction to Crucial. It seems to say 'You’ve seen what I can do with other people. I enjoy that, but this is what I have to do. Take your shoes off. Pull up a chair. Dim the lights, you’ve had a hard day.' 'Slammin’ Mannequin' is full of tight beats, enlarged bass, brazen synths, a unabashed and presumptuous guitar solo and enough innuendo laden lyrics to make a nun blush. While Cook’s influences are obvious, there is plenty going on to make this more than pastiche. Relax follows hot on the heels of the opening tracks. Again it’s another slow jam but, when it starts to get samey and formulaic Cooks layers enough vinyl surface noise/glitch to keep you from getting complacent. These subtle flourishes further make claim for Cook’s ability not just as a songwriter, but as an arranger and producer. New Romantic does exactly what the title states. While Cook tells his story full of lament and longing the throbbing bass keeps things moving forward until a gloriously sensuous guitar solo steals the show. The title track 'Crucial' closes the record. Like 'All My Lovers' it’s a swoony slow song in which Cook channels every last ounce of romance in his body to create something it moving and relatable. 'We’ve all been in love and we’ve all been broken up' he seems to say, 'but that’s cool because we’re all the same. Love and romance prove it'. And this is the underlying theme that ties the EP together. We’re all the same, so why bother fighting?

The only real downside to Crucial is that there is a lack of variation. The majority of the songs are slow and never really get out of first, or second gear. While there isn’t anything wrong with this, it feels like a missed trick that Cook didn’t throw in a few more like 'Slammin’ Mannequin' to show he has depth in range and is capable of writing songs that not only move your heart, but your feet too. Because of this lack of disparity the songs tend to merge into one another and it’s hard to differentiate them.

Think of Prince circa 1979 – 1982 mixed with Taylor McFerrin’s 2014 irreproachable debut Early Riser and you’re on the right tracks, but this isn’t a revivalist vanity project, oh no, it’s full of contemporary production and composition, as you’d expect given Cook’s crucial CV.